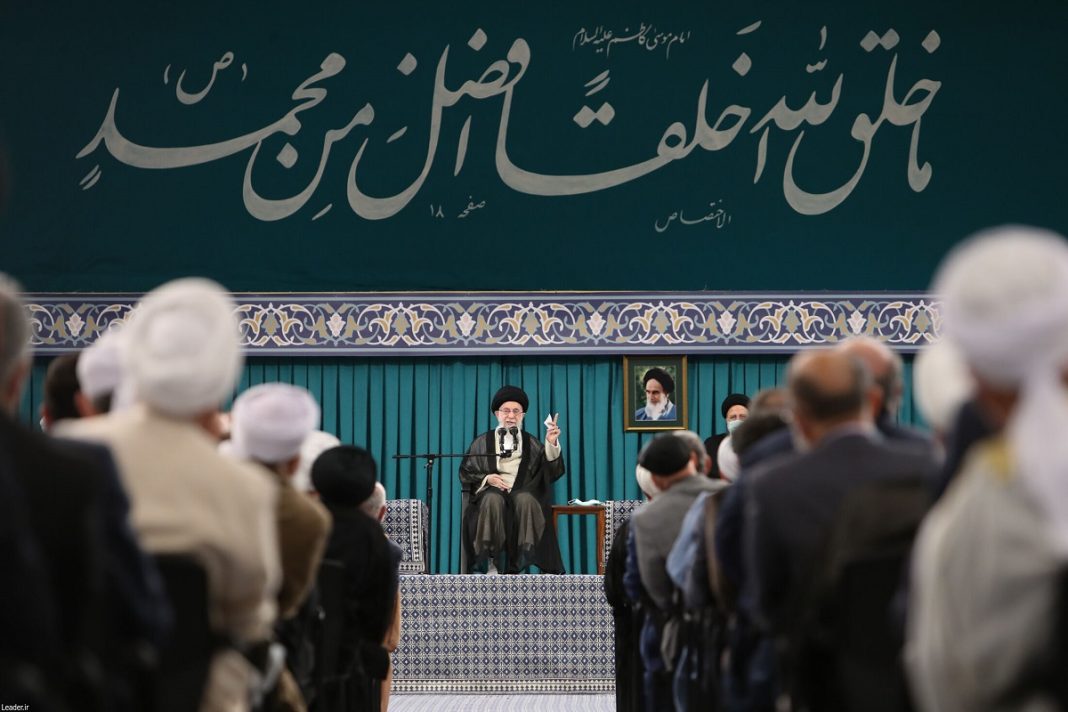 Leader of Iran’s Islamic Revolution Ayatollah Seyyed Ali Khamenei has called on Muslims, Shias and Sunnis alike, to beware of the plots aimed at sowing discord among them, saying the Islamic world can claim its rightful place in global geopolitics through unity.

Addressing the participants of the 36th International Islamic Unity Conference in the Iranian capital Tehran on Friday, the Leader stated that, “We should not let differences of opinion and religious differences lead to conflicts.”

He called on Muslims to stand up united in safeguarding the interests of the Islamic Ummah across the world, warning of the dangers emanating from US and British politicians who raise the issues of Shias and Sunnis in their gatherings.

Ayatollah Khamenei said those who create rifts among fellow Muslims are not considered true believers and are at the service of the enemies.

He stated that although the Muslim world is not disappointed with the rulers and statesmen, it is mostly hopeful about the outstanding figures, including religious scholars, intellectuals, university teachers, and the clear-sighted youth among others, to forge unity among Islamic nations.

Meanwhile, the Leader pointed out the ‘sapling’ of the Islamic Republic of Iran that has become a strong tree has stood up against big powers in the world, daring the enemies to even think about uprooting it.

Ayatollah Khamenei highlighted that a unipolar global order, through which arrogant powers such as the US design their own schemes and dictate them to other countries, is no longer acceptable, and is gradually losing its legitimacy.

Hundreds of participants from several countries have taken part in the Islamic unity conference that kicked off on Wednesday with a speech by Iranian President Ebrahim Raisi.