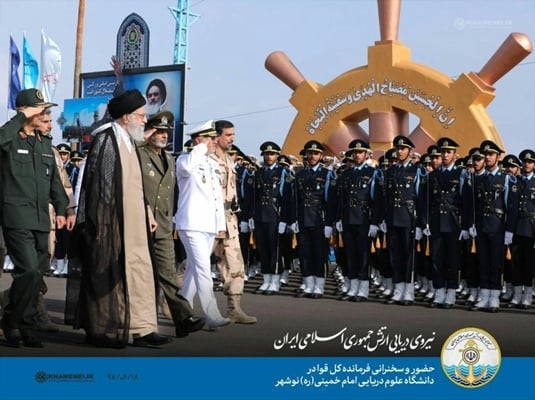 Leader of Islamic Revolution Ayatollah Seyyed Ali Khamenei says Iran’s resistance has foiled plots hatched by the world arrogance against the region, and that was manifested in the US defeats in Syria, Iraq and Lebanon.

The Leader made the remarks on Sunday in an address to the graduation ceremony of army cadets in Imam Khomeini Navy University in Noshahr, northern Iran.

“Political analysts and the world’s smart people are amazed that Iran … has disrupted [plans] by world powers and acknowledge this fact,” Ayatollah Khamenei said.

The Leader said oppressive powers use threats to bully other countries and force them to cave into their demands.

“If a nation does not fear these methods and walk on the path of righteousness and justice with courage and confidence in its abilities, it will force superpowers to step back and suffer defeats,” he said.

Ayatollah Khamenei said the US and Israel aim to diminish the power of Muslims and prevent Muslim countries from becoming regional powers.

“They know that Islam’s message of defending the poor and disadvantaged is attractive, so they are wary of the creation of an Islamic power,” the Leader said.

Ayatollah Khamenei said arrogant powers work to foment insecurity and instability in the region to reach this aim.

“[World] arrogance and their head, the cruel and oppressive US, see their interests in creating [civil] wars, spreading terrorism and provoking regional clashes. Unfortunately, some regional countries help them,” he said.