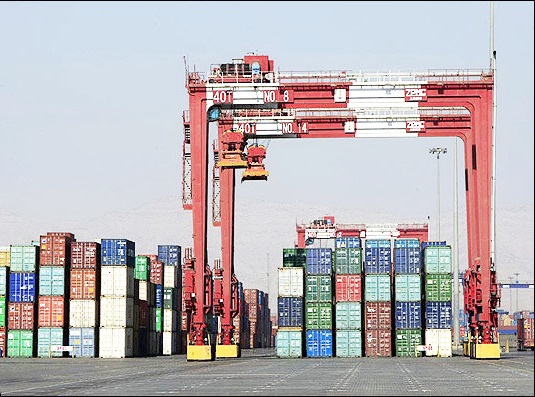 An Iranian trade official announced that the Islamic Republic plans to boost its investments in the neighbouring Iraq.

Commenting on Iraq’s efforts to achieve economic growth and self-sufficiency in a trade conference, Ale Eshaq said according to the latest statistics, following China and the UAE, Iraq is Iran’s third trade partner.

According to a Farsi report by Mizan, he went on to say that in case Iran organizes its trade with Iraq, the country will turn into a major market for Iranian techno-engineering services.

In its post-war era, Iraq is more interested in expanding trade cooperation rather than merely importing products, Ale Eshaq stressed, noting that, “In my meeting with Iraqi Minister of Trade and Minerals Naseer Al Esawi, he said they did not want to be a mere importer of Iranian or other countries’ products. They plan to achieve self-sufficiency, develop their industries and draw up a long-term plan for their country.”

To achieve this, he said, a joint committee has been set up between the two countries to organize mutual trade as well as long-term economic cooperation and identify fields of investment by holding frequent sessions.

Referring to the suspension of Iran’s cement exports to Iraq, Ale Eshaq stressed that it was due to a lack attention by Iranian investors to have a more significant presence in Iraqi projects.

“Cement was among Iran’s major export items to Iraq. The country’s growing demand for the Iranian cement was the sole reason for establishing Ilam Cement Company in west of Iran. Nevertheless, at present, given the Iraqi government’s supportive projects to develop its industries and step up its domestic cement production, Baghdad is no longer interested in Iran’s cement.”