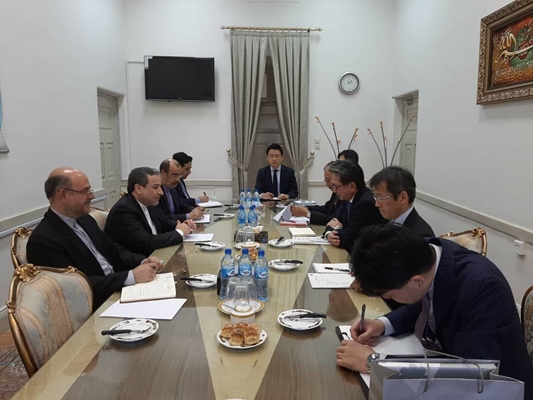 Senior diplomats from Iran and Japan met in Tehran for a fresh round of bilateral political talks, including the approaches to close consultations between the two governments.

In the meeting, the two sides had plain talks about the bilateral relations, the ways to expand the ties, the developments in relation to the Joint Comprehensive Plan of Action (JCPOA), as well as the situation in the Persian Gulf region and the West Asia.

Earlier in the day, the visiting Japanese diplomat had held a meeting with Iranian Foreign Minister Mohammad Javad Zarif, who hailed as good and constructive the ties between the two countries.

In his first visit to Tehran since the 1979 Revolution, Japan’s Prime Minister Abe visited Tehran on June 13, and held talks with top Iranian officials during his two-day trip.

Abe is going to hold another meeting with President Rouhani in September on the sidelines of the UN General Assembly.