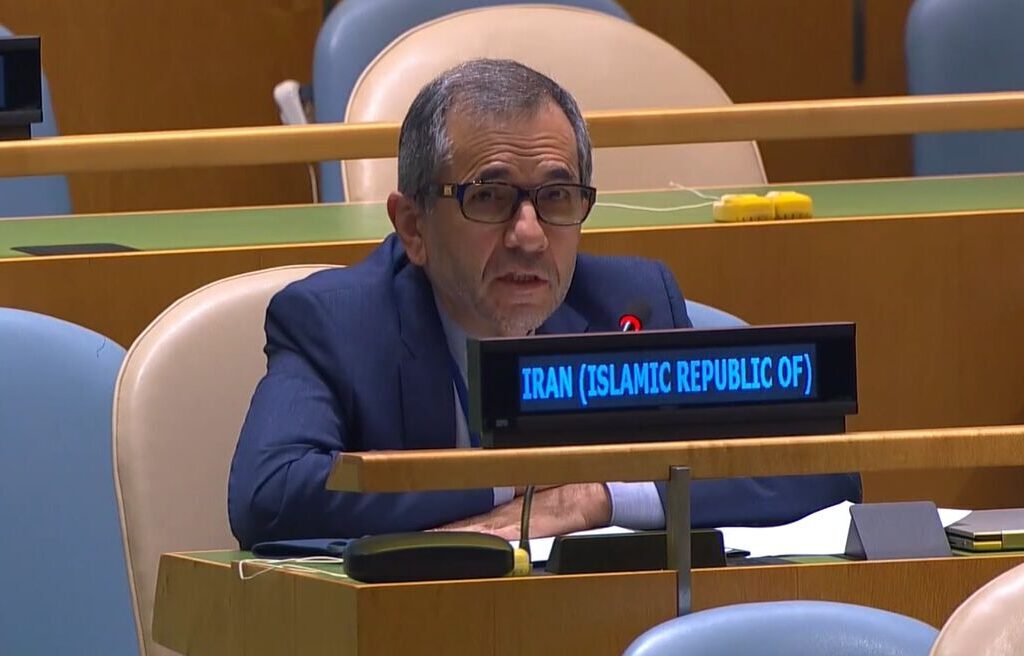 Iran’s permanent ambassador to the United Naitons Majid Takht Ravanchi has said the Zionist regime must be held accountable for violating international human rights law in the occupied Palestinian territories and such crimes should not go unpunished.

Takht Ravanchi was speaking at the UN Security Council session on the situation in the Middle East and the Palestinian issue on Tuesday.

He said the current situation in occupied Palestine is worrying and the continuation of these circumstances is a cause of concern for the international community.

Takhta Ravanchi said the crisis in the occupied Palestinian territories will come to an end only if the undeniable rights of the Palestinian people are recognized and restored.

He added that the only solution to this crisis is holding a referendum in line with historical realities and international law and with the participation of all Palestinians including Muslims, Christians and Jews.

Elsewhere, Takht Ravanchi responded to accusations leveled against Iran by the Israeli regime’s  representative to the UN. He flatly rejected the allegations, saying Tel Aviv’s representative was playing the victim in a bid to distract the international community’s attention from the regime’s crimes against Palestinians.

Takht Ravanchi noted that Israel’s claims against Iran’s peaceful nuclear program are totally unfounded as the civilian nature of the Islamic Republic’s atomic activities has time and again been verified by the IAEA.

The Iranian representative to the Un said the Israeli regime’s accusations against Iran are merely aimed at covering up the danger its own nukes pose to the region and the whole world.
He urged the international community to force Israel into joining the nuclear Non-proliferation Treaty, give up its threatening nuclear activities and put all its nuclear facilities under the supervision of the IAEA.

Takht Ravanchi said the threat from the Israel nukes is a gross violation of the UN Charter, especially Article 2 thereof and, therefore, it must be condemned by the UN Security Council.
He added that Iran reserves the right to do all it can to protect itself from Israel’s threats.