Iran is still the winner even if Congress rejects nuclear deal: Salehi 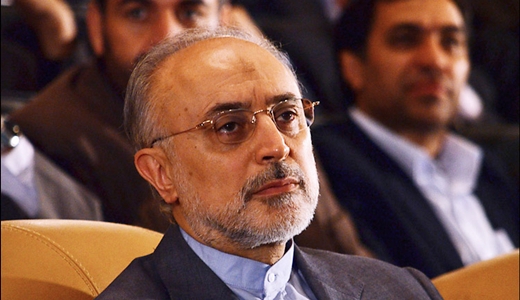 We do not break with norms and stay committed to our obligations, because we believe in logic, Salehi said.

Because of the ballyhoo which has pitted the US Congress against the Obama administration, the fate of the Joint Comprehensive Plan of Action (JCPOA) is far from clear, Director of the Atomic Energy Organization of Iran (AEOI) Ali Akbar Salehi said Sunday.

The following is the translation of a report Fars News Agency filed on what else Salehi had to say in a gathering in Qazvin on August 16:

The fight between Congress and the White House over the Vienna deal is as much theatrical as wrangling between reformists and principlists here in Iran!

We would be still winners whether JCPOA produces the intended results or the US Congress rejects it and President Obama fails to do anything to stop it.

We do not break with norms and stay committed to our obligations, because we believe in logic.

The wrangling in the US is so intense. As Secretary of State John Kerry has put it if JCPOA won’t clear Capitol Hill, America’s political credit and economy will take a hit.

Iran’s negotiating team was the representative of the Iranian nation; Iran is a country where different voices can be heard.

According to the guidelines issued by the Supreme Leader, we need to explain the outcome of nuclear talks to people to the best of our ability. I personally assume responsibility for the technical aspects of JCPOA.

Some 36 hours prior to the Vienna deal, we faced a serious deadlock and planned to return home. However, hurdles were cleared in the eleventh hour which coincided with an auspicious occasion in the holy month of Ramadan. In the end, we gained what we sought.