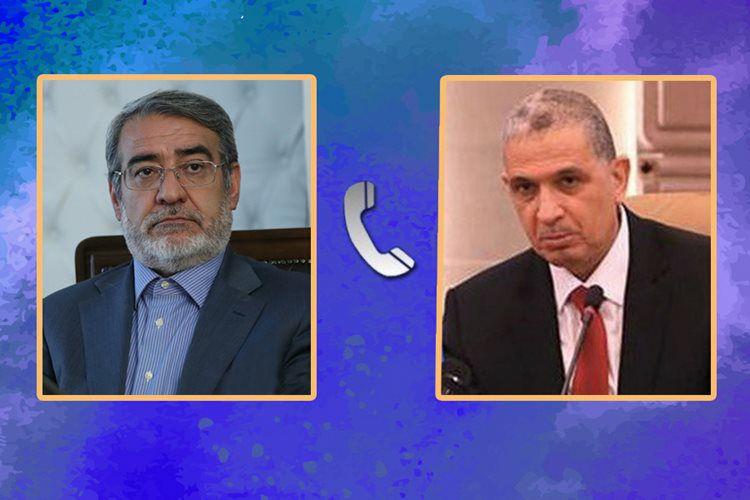 Iran’s Interior minister and his Iraqi counterpart have underscored the importance of implementing the agreements signed by the sides, saying Tehran and Baghdad must increase their trade cooperation.

Abdolreza Rahmani Fazli said the fields of cooperation between Tehran and Baghdad cover a wide range including terrorism, organised crime and arms and drug trafficking, as well as police cooperation and border security.

“We can boost economic and trade exchanges while adhering to health protocols. We can even increase the working hours of border markets to as much as 24 hours so that traders and businessmen of the two countries can cooperate more,” said Rahman Fazli in a phone conversation with Iraqi minister of interior Osman Ali Farhoud.

Rahmani Fazli also referred to the capacity of the Somar and Khosravi border points and called on the Iraqi minister to activate these borders for the exchange of goods and commercial items.

He also pointed out that in some parts of the border between Iran and Iraq, both in the north and in the south, unfortunately, there exists smuggling of weapons, ammunition and alcoholic beverages.

Rahmani Fazli called for joint meetings of the relevant officials of the two countries to prevent these issues.

In this telephone conversation, the Iraqi interior minister thanked Rahmani Fazli for his call and emphasised on the development of cooperation between the two countries in security, political, and economic fields.

“We are trying to develop cooperation in all fields which is in the interest of both countries and nations,” Osman Ali Farhoud pointed out.

To combat terrorism, organised crime, drugs, smuggling and counterfeit money, Iraq is determined to develop bilateral relations because the two sides need each other’s support, given the long joint borders.