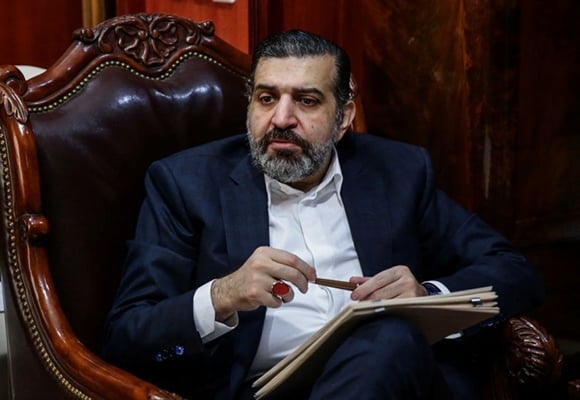 A former Iranian diplomat says Tehran and Baghdad are enjoying the most strategic era in the history of their relations.

Mohammad-Sadeq Kharrazi, Iran’s ex-ambassador to Iraq, in an opinion piece published in Iran newspaper weighed in on the status of Iran-Iraq relations as well as the situation in Iraq. The full text of the article follows:

Iraq is the land of contemporary sufferings and agonies. The unlimited wealth in the country was devoured by the greed of some people at a time when the Tikrit-born dictator in Baghdad was throwing his weight around. However, Tehran and Baghdad have opened a new chapter in their relations in the post-Saddam era despite the hostilities and objections of third parties, especially the United States and Saudi Arabia. Iranian Foreign Minister Mohammad Javad Zarif being warmly welcomed by his Iraqi counterpart bears testimony to this good relationship.

The recent elections in Iraq further reinforced the pillars of democracy in the country and deepened the trend of democracy there. This can directly contribute to the expansion of ties between Iran and Iraq both of which have experienced democracy. At the moment, the ruling elite in Iraq have a positive viewpoint toward Iran and seek the promotions of ties with Tehran despite foreign pressures. They seem to have the will to forge close ties, too. During his trip to Iraq, Zarif was accompanied by an economic-political delegation comprising some 50 investors, businessmen, entrepreneurs and producers, which shows that Iraq is of paramount importance to Iran.

While the United States tries to exert maximum economic pressure on Iran following its unilateral withdrawal from the Iran nuclear deal known as the Joint Comprehensive Plan of Action (JCPOA), Iraq can be a safe source to help Iran during the course of sanctions and can help ease the pressure of Washington’s sanctions. Zarif and his entourage were warmly welcomed by Iraqi officials, namely Prime Minister Adel Abdul Mahdi, President Barham Salih, Foreign Minister Mohamed Ali Alhakim, and other top political leaders such as leader of the National Alliance party Sayyed Ammar al-Hakim, and commander of the Popular Mobilisation Untis Hadi al-Ameri, two powerful blocs at the Iraqi parliament. This warm welcome bears attests to the fact that the Iraqi side is strongly interested to further expand relations with Iran on all economic, political and security fronts.

The Iranian delegation was also warmly welcomed in Iraq’s Kurdistan Region by the territory’s Prime Minister Nechirvan Barzani, Kurdistan Democratic Party leader Masoud Barzani and others, which shows they also would like to further deepen their ties with Iran and take giant steps toward the promotion of relations with Tehran. Iran-Iraq economic relations reached around $12 billion in the past 10 months, which could rise to $20 billion annually if the existing obstacles are removed and the necessary loans are offered to the economic players of both countries. The figure could even touch $30 billion a year given the direct and indirect relations between the two sides.

At the moment, Iraqi visitors account for the largest number of tourists coming to Iran. Iran, too, is the number-one contributor to Iraq’s tourism industry. Figures show that more than 7 million tourists keep visiting the two countries. If the necessary loans are offered and the impediment such as visa requirements are removed, the figure could rise to 10 million tourists a year. During his visit to Iraq, Zarif said the Iranian side intends to remove visa requirements for Iraqi businessmen. This could serve as a step forward toward the promotion of relations between the two countries in the domain of tourism. The existing potentialities in the two countries’ tourism industries, namely religious sites and non-religious attractions, can also contribute to the further reinforcement of the tourism industry in both countries.

Iranian President Hassan Rouhani is due to visit Iraq on March 11, 2019. It could be a major step toward the further enhancement of mutual relations and complement Zarif’s visit. A rise in the number of diplomatic and economic visits between the two countries will play a key role in deepening mutual ties and can greatly help ease US pressures on both the Iranian and Iraqi sides. In fact, Washington is not content with the expansion of relations between Iran and Iraq and seeks to eclipse their ties by exerting pressure on both sides.