Iran, Iraq could pump up trade to $20bn: Minister 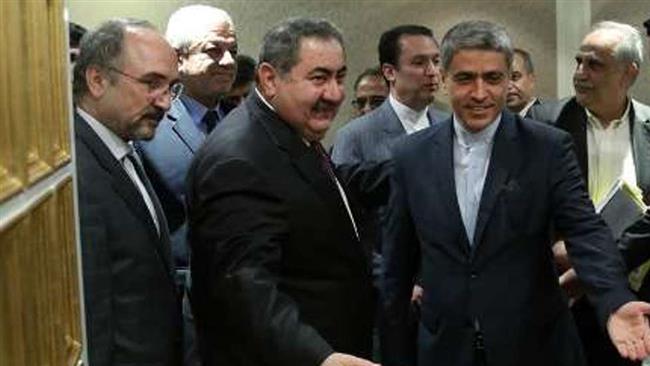 A rise in Iran-Iraq transactions will serve the interests of both countries, Tayyebnia said in a meeting with Iraqi Finance Minister Hoshyar Zebari.

Iran’s minister of finance and economic affairs has said that Tehran and Baghdad could pump up mutual trade to $20 billion.

Iran-Iraq trade currently stands at $12 billion if transit and tourism are also taken into account, said Ali Tayyebnia, adding, “The figure could easily increase to $20 billion, and we will reach this target in the near future.”

“A rise in Iran-Iraq transactions will serve the interests of both countries,” Tayyebnia further said in a meeting Saturday with visiting Iraqi Finance Minister Hoshyar Zebari.

“In this meeting, trade and economic ties between the two countries were discussed, and we talked about some problems and limitations in [mutual] trade relations as well as in banking transactions and investment; solutions were also offered for them,” said Tayyebnia.

“Part of these documents will be signed tomorrow (Sunday),” Tayyebnia noted.

He said that talks have also been held between the central banks of both countries, adding the two sides underlined that the talks should continue and that the ideas discussed should be realized in the near future.

Zebari, for his part, expressed delight over his visit to Tehran and meeting his Iranian counterpart, saying the two sides discussed a whole lot of economic issues, namely investment and facilitation of trade deals as well as mutual cooperation to upgrade bilateral economic ties.

Back in June, a delegation of Iranian traders visited Baghdad to discuss investment opportunities in the two neighboring countries.

Also in June, Iran’s Minister of Roads and Urban Development Abbas Akhoundi traveled to Basra to launch work on the construction of a rail track to connect the southern Iraqi city with the southwestern Iranian city of Khorramshahr.