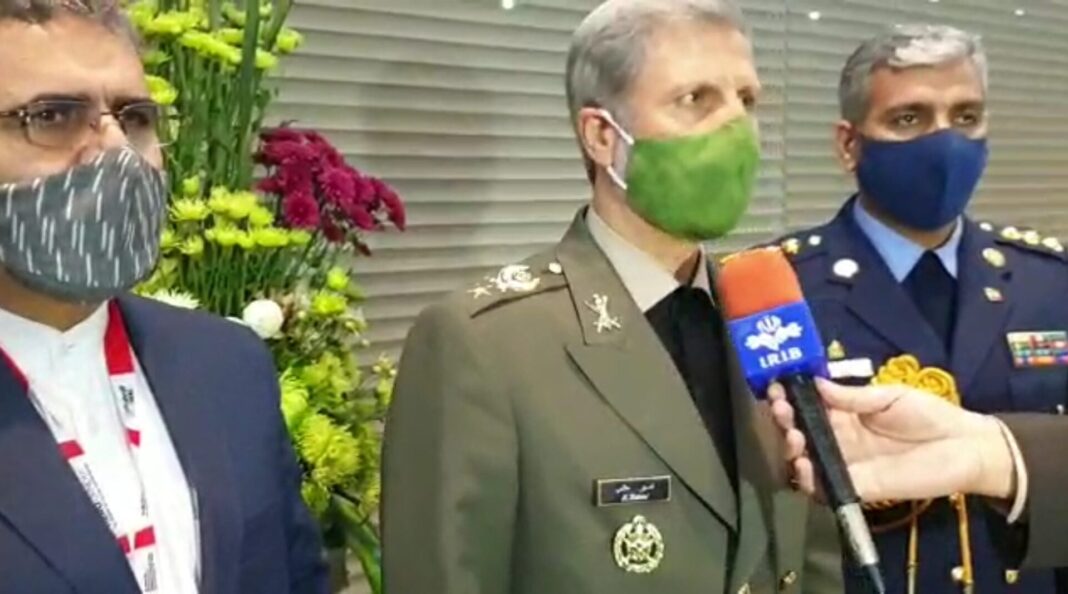 Iran’s defence minister, who is visiting India on an official trip, says Tehran and New Delhi should boost their cooperation in different areas.

Brigadier General Amir Hatami said upon arrival in India that Iran and India are two important countries in the region which have enjoyed stable relations over years.

The defence chief noted the two countries have very good cooperation on different fronts given their historical and cultural commonalities as well as their common ground on regional and international issues.

General Hatami said India lies next to the important Indian Ocean, and Iran is located near the strategic Persian Gulf and the Strait of Hormuz. Hence, he added, the two sides can further expand their cooperation at bilateral and regional levels.

The Iranian defence minister is on a trip to India to discuss Tehran-New Delhi cooperation.

“This trip comes at the invitation of the Indian defence minister,” he said.”

I’m going to meet him as well as a number of military and political officials,” the top general added.

“In addition to these meetings, I will take part in the first conference of the Indian Ocean Rim countries. I’m going to deliver a lecture there,” he said.

“I will also attend the opening ceremony of an air exhibition held by the Indian Defence Ministry and I will visit the exhibit,” General Hatami added.