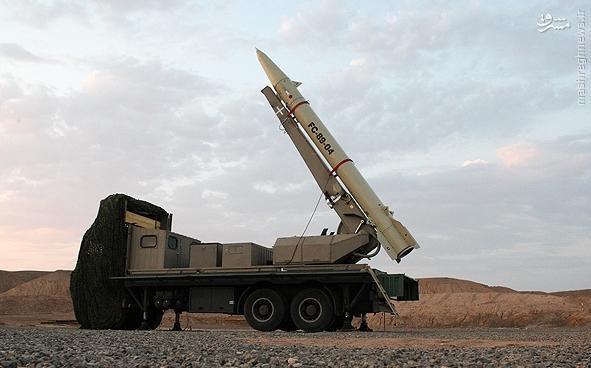 “The Islamic Republic of Iran’s missile power is completely defensive and [Iran] has no intention of launching aggression against any country, but when it comes to defending the country and national interests, if an aggressor makes a strategic mistake and intends to encroach upon our interests, the Islamic Republic of Iran will have no reservations about using its missile power,” he said.

According to a Farsi report by ILNA, he then touched upon Iran’s missile capabilities from a quantitative, tactical and technical point of view.

“The Commander-in-Chief of the Armed Forces [Ayatollah Seyyed Ali Khamenei] has authorized us to produce missiles with a range of up to 2,000 kilometers, and our scientists have managed to produce these missiles with [high] quality and in quantities needed by the country.”

He said Iran’s missiles have been deployed in “safe areas and underground missile towns.”

He said Iran pays much attention to the “precision” and “pin-point accuracy” in designing and producing its missiles.

“In the world, missiles are usually produced to carry nuclear warheads, and this does not need accuracy as they (attacks) cover large areas. But the Islamic Republic of Iran regards the possession, production and use of nuclear warheads as religiously forbidden; so, our scientists have designed precision-guided missiles with more accuracy,” said the top general.

He said the deterrence power of Iran’s missiles is based on the latest technologies.

“No matter how much our enemies, namely the criminal United States and human-and-child-killing Zionists, increase their missile defense capabilities, they won’t be able to overcome our missile power,” the general underlined.

He also stressed that Washington’s sanctions will not affect the Islamic Republic’s missile program.

“The laws and regulations of the US Congress and circles regarding the imposition of sanctions will have no bearing on the Iranian nation’s will and missile power,” said the top general.