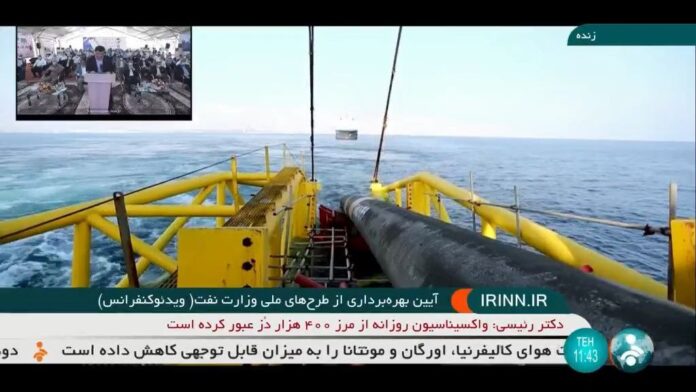 Iranian President Hassan Rouhani has officially inaugurated the first phase of the 1,000-kilometre oil pipeline connecting Goreh in the west of Persian Gulf to Jask in its east, making Iran independent of the Strait of Hormuz for oil exports.

The major pipeline covers the three provinces of Bushehr, Fars and Hormozgan.

Addressing the inauguration ceremony, Rouhani hailed the efforts of Iranian engineers and workers who contributed to the homegrown development of the pipeline.

An Aframax tanker was loaded with crude oil transferred from Goreh via a single buoy mooring in the Sea of Oman.

In the inauguration ceremony, Petroleum Minister Bijan Zangeneh said the 1,000-km pipeline will transfer around 300,000 barrels per day (bpd) in its first phase and will reach its capacity of one million bpd by March 2022.