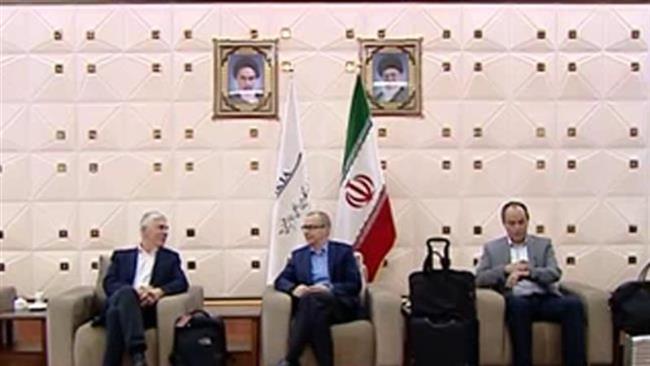 The IAEA team and Iranian officials have reached an agreement which is in keeping with national interests, security considerations and the Islamic establishment’s red lines, said Kamalvandi.

Iran and the International Atomic Energy Agency (IAEA) have discussed ways to improve “technical interaction” in line with the Islamic Republic’s red lines.

He added that during the Monday talks, the IAEA team and Iranian officials reached an agreement which is “completely within the framework of national interests and security considerations and in accordance with the Islamic establishment’s red lines.”

“The agreement will facilitate technical interaction between Iran and the agency,” Kamalvandi said.

He added that Iran and the UN nuclear agency are determined to expedite joint cooperation with the purpose of solving outstanding issues.

Kamalvandi expressed Iran’s readiness to continue cooperation with the IAEA based on the agency’s general regulations.

In a statement issued after the visit on July 3, Amano said Iran and the IAEA have a “better understanding” in some areas but added that more work is required for the resolution of outstanding issues, including the so-called possible military dimensions (PMD).

None of the reports released by the IAEA have said that Iran’s nuclear program is geared toward non-civilian purposes. Nevertheless, the United States and some of its allies falsely accuse Iran of pursuing non-civilian objectives in the nuclear program.

Iran, one of the first states to join the nuclear Non-Proliferation Treaty (NPT), signed the Safeguards Agreement with the IAEA in 1973. The accord came into force in 1974.