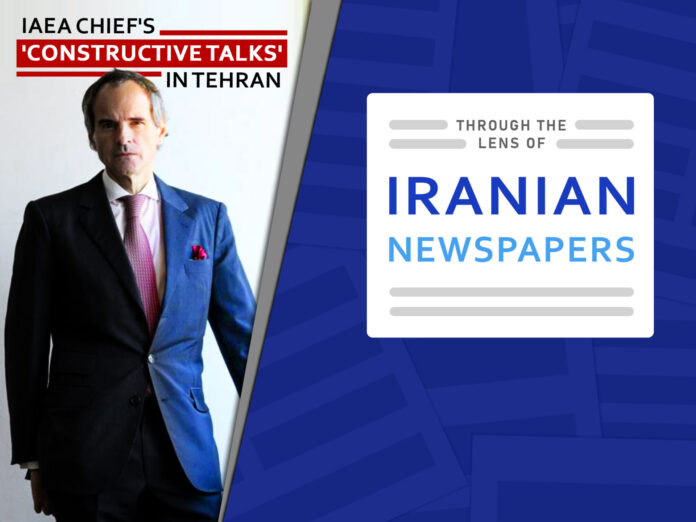 A visit by the head of the International Atomic Energy Agency (IAEA) to Iran and the Agency’s agreement with Tehran have been hitting the headlines in the country.
IFP has gone through the headlines of major Iranian newspapers.

1: Eslami in a joint press conference with Grossi: Talks were useful

1.Agreement, the result of the nighttime visit of Grossi