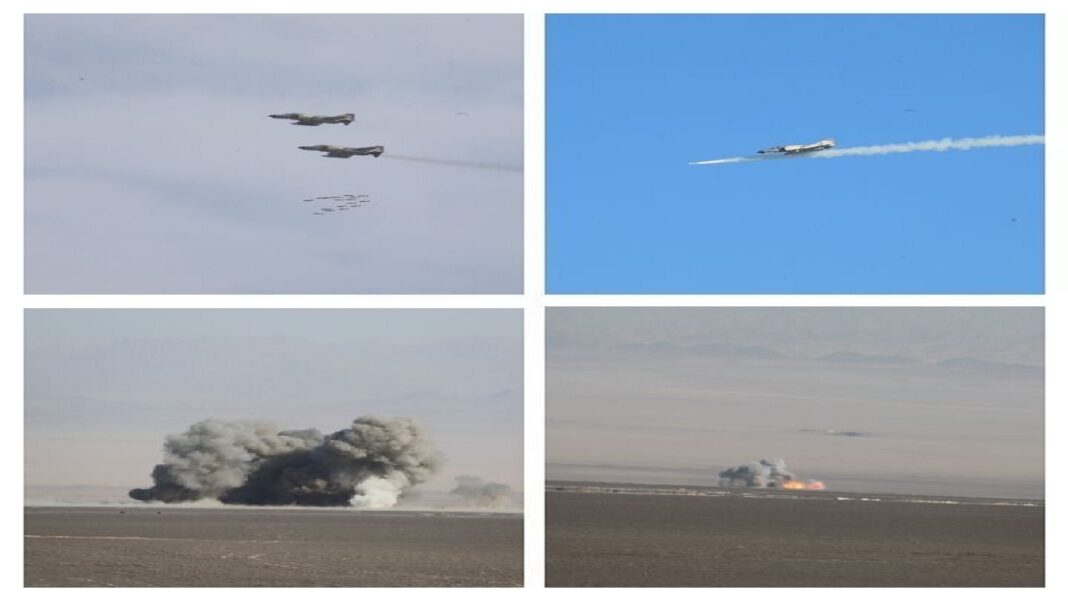 During the main phase of the drills on Thursday, Army Air Force aircraft used heavy weapons including laser-guided missiles.

Islamic Republic of Iran Army Air Force Commander Brigadier General Hamid Vahedi said one of the features of this exercise is that all air force bases across the country are involved in it in a decentralized form with a centralized command control.

Vahedi also said jet-powered Karrar drones, which were equipped with 500-pound bombs and rockets, successfully and accurately destroyed their targets.

The air force commander said this exercise conveys a message of security, stability, friendship and lasting peace for the countries of the region, a message of reassurance for Iranians and demonstrates readiness to defend and respond decisively in case of mistakes and miscalculations by the enemies.