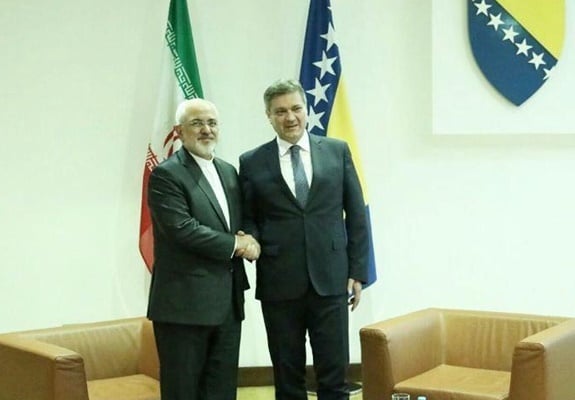 Denis Zvizdic, the Chairman of the Council of Ministers of Bosnia and Herzegovina, says all Bosnian people love Iran from the bottom of their hearts given the Islamic Republic’s support for their country.

Speaking in a Friday meeting with Iranian Foreign Minister Mohammad Javad Zarif in Sarajevo, Zvizdic thanked Iran for its support for his country in the past, saying Iran is in the heart of every Bosnian citizen.

Describing Tehran-Sarajevo bilateral ties as “very friendly”, the Bosnian premier said he sees no problem in relations but his government is willing to expand economic collaboration with Iran.

“Signing preferential trade agreements, establishing banking connections and facilitating [procedures for obtaining] visas are among measures needed to be taken to remove obstacles to greater trade cooperation,” he said.

Zarif, in turn, conveyed the warm greetings of Iran’s First Vice-President Es’haq Jahangiri and extended his invitation to Zvizdic to visit Tehran.

“Bosnia has been in the heart of Iranians since a long time ago. Tehran sees no limit to expansion of relations and cooperation with Bosnia,” he said.

Zarif said Iran’s policy is to help boost solidarity and stability of Bosnia and cooperate with all ethnic groups in the country. 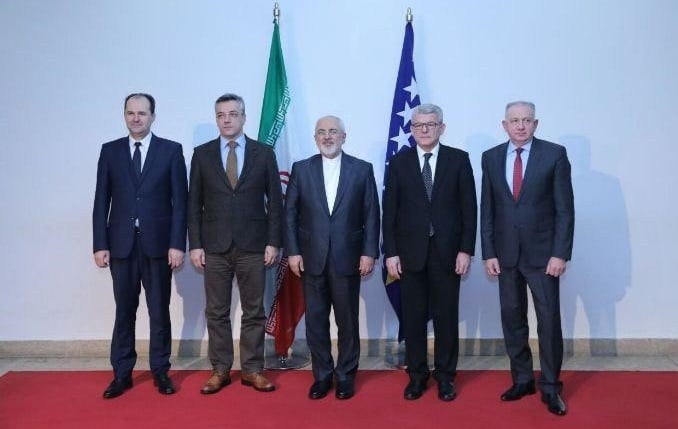 Earlier in the day, Zarif also met with Ognjen Tadić, the Speaker of the House of Peoples of the Parliamentary Assembly of Bosnia and Herzegovina, and several other members of the legislative body.

In the Friday meeting, Tadić welcomed the top Iranian diplomat and said he takes pride in having visited Iran two years ago.

“I had the honour to travel to Iran in 2016 and be a guest of [Iranian Parliament Speaker] Dr. Ali Larijani. I have good memories of that trip, which had a good outcome as well. I felt first-hand the friendship between Iranian people and the Bosnian nation,” said the parliamentarian.

“I had a very fruitful trip where businessmen and entrepreneurs of both countries did good work together. We are keen to see sustainable stability and friendship in Bosnia and we call for cooperation with all ethnic groups in Bosnia and Herzegovina,” the foreign minister underlined.

Zarif said the two nations enjoy age-old and robust cultural ties, adding, “We stand ready for the enhancement of relations on all fronts and we have no limitations in that regard.”

Also on the agenda of the talks were the enhancement of people-to-people exchanges, especially in the tourism sector, promotion of economic and trade ties, and offering visa services.

The two sides further exchanged views on regional and international issues as well as the need for an all-out campaign against terrorism and extremism.

Meeting with Grand Mufti of Bosnia

Zarf also held talks with Grand Mufti (Reis ul-Ulema) of Bosnia and Herzegovina Husein Kavazović during his visit to Sarajevo.

During the meeting, which took place after the Iranian Foreign Minister participated in Friday Prayers in Sarajevo, the Bosnian cleric gave a report on the situation of Muslims in the region. 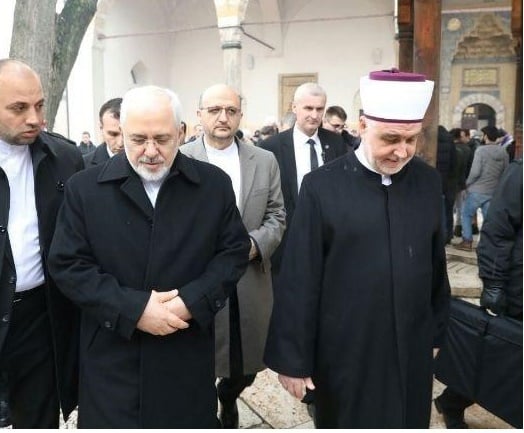