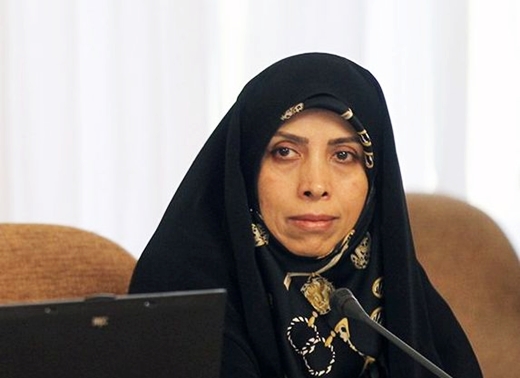 The vice-president for legal affairs has said that Iran is not empty-handed to sue the Saudi government for failure to honor the international responsibility envisaged by the International Law Commission in 2001.

Vice-President for Legal Affairs Elham Aminzadeh said Saturday that the Saudi government should allow the screening of the films and photos of the September 24 Mina catastrophe in line with the International Customary Law.

Aminzadeh told a press conference that the Department for Legal Affairs at the Presidential Office had held several sessions since Friday and that on Saturday there was a meeting with representatives of international humanitarian organizations and international jurors.

She said first of all, the Saudi government should take responsibility and prove that it had taken all necessary measures to prevent the tragedy.

She said that the sizable death toll indicated that the Saudi government did not take preventive measures; secondly, negligence of standards for relief and rescue operations should be substantiated.

Thirdly, payment of damages, including blood money and other spiritual reparations to the victim families should be considered. What comes next is the punishment of those responsible for the tragedy. The Saudi government must apologize to the governments and nations who suffered casualties in the tragic event and finally, it should give guarantees that such incidents won’t repeat in the future.

Aminzadeh said that the six demands will be pursued in the Iranian and Saudi courts as well as international tribunals.

“In the fact-finding committee, the representatives of different countries and international entities like the Organization of the Islamic Cooperation should be present,” she added.

She said that a Hajj pilgrim, heading for the House of God, is an ordinary tourist as well, adding that the rights envisaged by the tourism treaty and responsibility of the governments for safety of foreign nationals guarantee safety of foreigners by the host government.

She said that according to the World Health Organization Charter, all countries have a duty to guarantee the health of their people and that of foreign nationals and if they fail to do so, the case will be brought to the international tribunals.

“We are not empty-handed about legal provisions to sue the Saudi government for failure to honor the international responsibility formulated by the International Law Commission in 2001. In addition, we have bilateral security agreements and documents, and the security pact signed by the two governments.”