Iran Has No Reason to Develop Nuclear Weapon: Leader 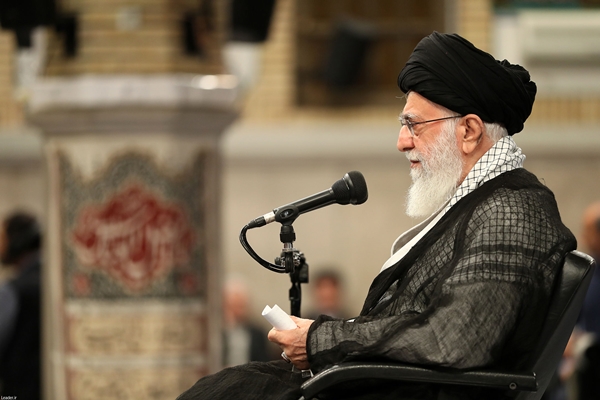 The Leader of Iran’s Islamic Revolution says the country has no reason to go for nuclear arms as the development and use of such weapons is religiously forbidden.

Ayatollah Seyyed Ali Khamenei said Iran’s position in that regard is firm and definitive.

“Although we could have taken a step in that path, we announced the use of this weapon (nuclear arms) religiously forbidden as instructed by the respected religion of Islam,” said the Leader in a meeting with elite and top scientific figures on Wednesday.

“So, there is no reason for us to spend money on the production and stockpiling of weapons whose use is absolutely forbidden,” Ayatollah Khamenei added.

Elsewhere in his remarks, the Leader said the very important and beneficial “nuclear science,” when coupled with certain countries’ thirst for power, led to the development of nuclear bombs and turned into a major threat to the world and humanity.

“Imitating others will destroy innovation and real scientific dynamism as well,” he noted.

Ayatollah Khamenei noted that Iran’s scientific progress has even won the praise of the enemies.

Among the achievements of the country on the scientific front, he said, have been the enhancement of national defence might, control and treatment of diseases, promotion of technical-engineering services, accomplishments in the field of biotechnology and progress in peaceful nuclear technology.

He said the progress that Iranian universities have made over the past forty years is mind-boggling compared to that before the 1979 Islamic Revolution.