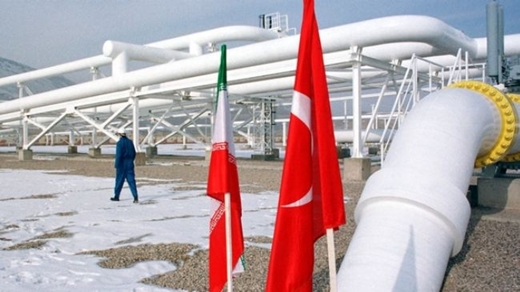 The NIGC chief has said that the result of The Hague arbitration will be out later this year and Turkey’s gas complaint will not affect Iran’s natural gas exports to Turkey.

The deputy director of the National Iranian Gas Company (NIGC) has rejected reports that Iran has agreed to sell natural gas to a Turkish corporation at a discount, arguing that the price of the gas Iran exports is reasonable.

Azizollah Ramezani made the comment on Monday about reports on Iran’s gas sales to BOTAS, a state-owned crude oil and natural gas pipelines and trading company in Turkey.

The following is the translation of part of a report by Mehr News Agency on July 13 on the controversy over a gas deal between Tehran and Ankara:

After Iran’s victory in a gas price dispute which was taken to international arbitration, there are still twists and turns between the two countries for fixing a reasonable price tag for natural gas. [Iran and Turkey referred their row over the price of Iran’s gas exports to the Permanent Court of Arbitration in The Hague in 2014].

Even after its victory in the first international arbitration, Iran has emphasized that the Turks will not reach their intended result even after the decision of the second arbitration has been released.

Officials with the NIGC have shown reaction to Iran’s agreement with BOTAS to decrease the price of exported gas to Turkey, with Ramezani saying that Iran has reached no agreement with the Turkish company on gas prices so far.

Since Iran’s gas is sold to BOTAS at a fair and conventional price, there is no need for us to further cut the price, he said.

History of gas arbitration between Iran and Turkey

Two years ago, the Turkish government filed a lawsuit against Iran with the arbitration tribunal at The Hague, accusing Iran of shortchanging and selling its natural gas at high prices.

The international tribunal rejected Turkish charges of shortchanging or what Ankara called the incomplete delivery of gas by Iran.

This comes as Deputy Oil Minister and Managing Director of the NIGC Hamidreza Araghi has said that the ICC will hand down its ruling on the gas price case by October 22, adding Turkey’s gas complaint will not affect the process and volume of Iran’s natural gas exports to Turkey.

Under a take-or-pay clause in Iran-Turkey gas agreement, Turkey has to fully pay off its gas debts if it fails to receive up to 10 billion cubic meters of gas from Iran on an annual basis thanks to technical and operational problems or because its stockpiles are filled to capacity.

In other words, under a 25-year-old gas deal between Tehran and Ankara, the National Iranian Gas Company should supply Turkey’s BOTAS with an annual 10 billion cubic meters of gas. If either side causes a halt to the delivery or receipt of gas on any ground, they have to pay compensations.

Under this clause, a $600m fine was imposed on BOTAS in 2009 for its failure to receive gas from Iran (Turkey received about 6.8 billion cubic meters of gas instead of the original 10 billion).

During their talks with Iranian officials, BOTAS officials focused on the removal of the take-or-pay clause from the gas deal instead of the high price of Iran’s gas exports, but Iran’s oil officials did not accept to take this clause off the agreement.