Iran Gets Its 12th Woman Mayor 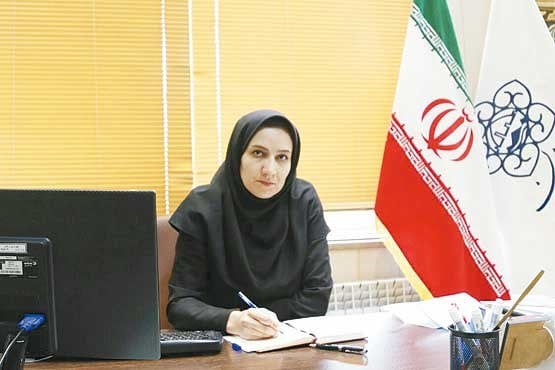 The twelfth female mayor of the Islamic Republic of Iran’s history has begun her work, setting the stage for more ladies to assume top jobs in the country.

Iran’s twelfth female mayor was elected for the city of Zanjan, further paving the way for women to reach high managerial posts in the country.

Samaneh Shaaddel has taken the helm of affairs in District Two of the city. She used to be in charge of traffic and transportation affairs at Zanjan Municipality for four years before assuming his recent position. She has also served as the deputy mayor of Zanjan for cultural affairs.

She managed to be elected as the mayor thanks to her competence and experience, according to a Farsi report by the Jame Jam Online news website.

She holds a Master’s degree. She is married and has a 9-year-old daughter. However, her family responsibility has not kept her from making progress; rather, as she herself says, her family has been her biggest supporter and motivation for progress and development.

She is not the first woman to have assumed a top job in Iran. Qualified women have already been designated as deputy provincial governors, governors and mayors, further increasing women’s share of top managerial posts in the country.

Since the 1979 Islamic Revolution of Iran, 11 women (excluding Shaaddel) have served as mayors in the country so far. Shaaddel is the twelfth lady to have been picked as a mayor.

During the recent days, several other women were also picked as the heads of City Councils in such towns as Robat Karim in Tehran province and Gorgan in Golestan province.

Update: Shaaddel is said to have been removed by the new mayor of Zanjan shortly after the widespread reports about her! However, other female mayors have been appointed in other Iranian cities.

The 29-year-old university lecturer Mahna Mohammadi was recently elected as mayor of Spakeh, a town in southeastern province Sistan and Baluchestan with 40,000 population.

Shifteh Badr-Azar was also elected as the mayor of Sahand, a town in East Azarbaijan province.