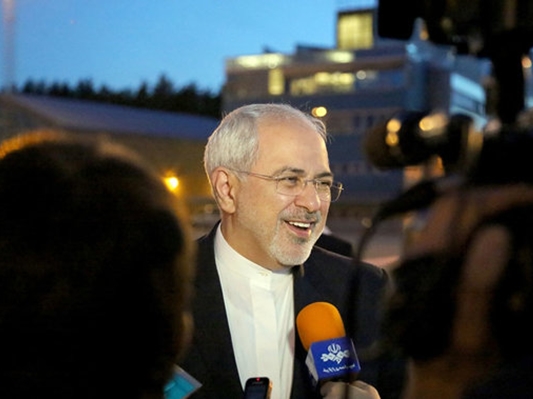 The Iranian Foreign Minister has said that economic cooperation between Tehran and Berlin will be helpful for regional and international stability.

Iran’s Zarif, who was speaking to reporters after his meeting with German Foreign Minister Frank-Walter Steinmeier, thanked the German government and nation for their hospitality and underlined that “Tehran and Berlin enjoy long-lasting and robust relations.”

Noting that Iran, as a modern country possessing high technology could be a key political, economic and trade partner for Germany in the region, Zarif stated that “Iran and Germany hold parallel views on regional peace and security; the economic ties between the two countries will benefit all in the region and the world.”

“Both Iran and Germany consider terrorism a global threat that knows no boundaries and confronting it needs global cooperation,” said Zarif, adding, “Extremism and terrorism need political solutions; military approaches can be only part of the confrontation; what we need is an inclusive approach that includes cultural, economic and social factors to help the ones who feel deprived and isolated. By the same token, we should prevent extremist access to financial, military and human recourses.”

Zarif also emphasized Iran’s willingness to cooperate actively with the EU and Germany on bilateral ties and regional issues, particularly on the crises in Iraq, Syria, Yemen, Bahrain and Lebanon.

During the joint press conference held earlier, Frank-Walter Steinmeier also said that Germany is after strong ties with Iran in all political, economic, cultural and social fields.