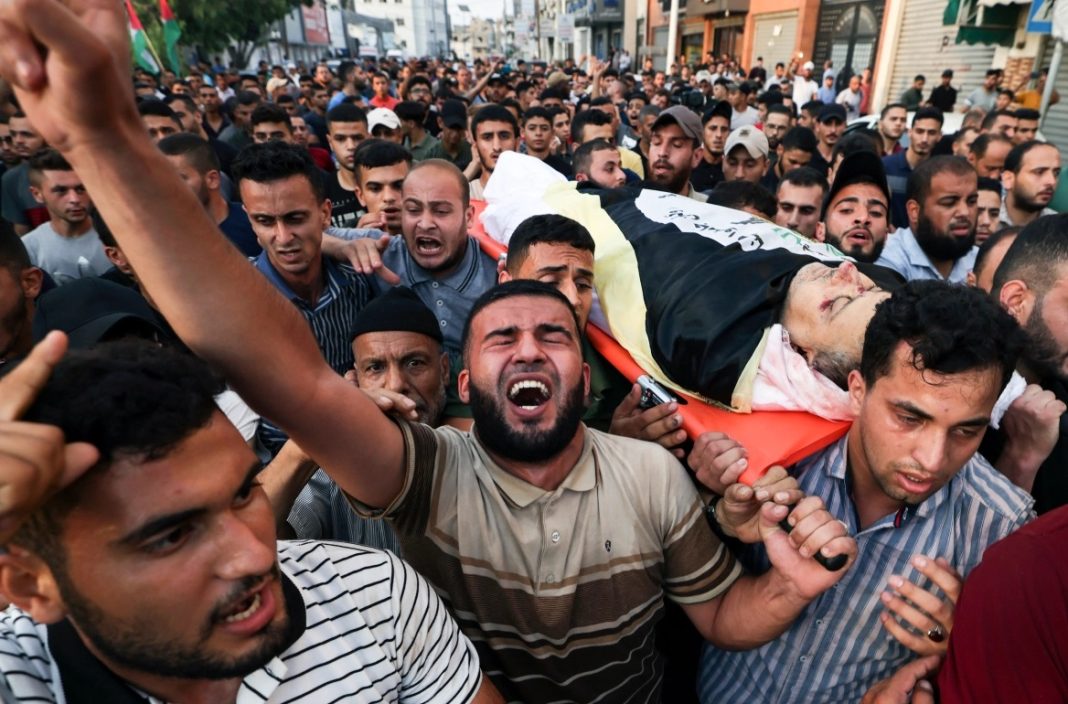 The commander of Iran's Islamic Revolution Guards Corps has said the Zionist regime will pay a heavy price for its crimes in the Gaza Strip.

General Hossein Salami was speaking at a meeting with Secretary General of the Palestinian Islamic Jihad movement Ziad Nakhaleh in Tehran.

He said there is no doubt that the rapid response of the Palestinians to the Israeli crimes has opened a new chapter in the rise of the resistance groups.

Salami added that all indications show that the Zionist regime is on the wane and is headed for collapse.

Gereral Salami cited remarks by Zionist officials like Ehud Barak, Benjamin Netanyahu and Naftali Bennet to back up his statement that the Israeli regime is on the decline.

He added that the liberation of the holy city of al-Quds and Palestine is nearing.

The IRGC commander also spoke about the resistance axis in the region. He said the power of the resistance front is growing and it’s now capable of engaging in massive wars.

Salami said this has triggered a reverse migration in occupied Palestine, stressing that Israel is imploding.

Ziad Nakhaleh said Iran’s confrontation with the US and the Zionist regime is morale-boosting for Palestinian fighters and makes the Palestinian people happy.