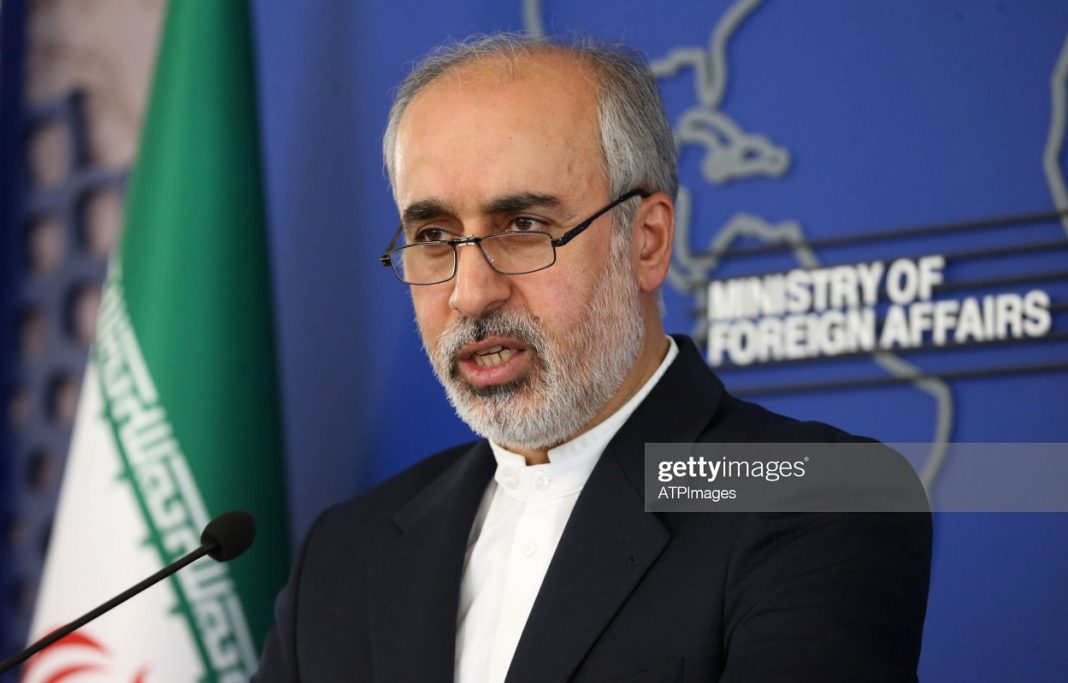 The spokesman of the Iranian Foreign Ministry, Nasser Kanaani, has condemned a meeting between French President Emmanuel Macron with one of anti-Iran opposition figures and her companions, held on the sidelines of the Paris Peace Forum

The foreign ministry spokesperson added, “It is surprising that the president of a country claiming to support freedom, lowers his level and meets with a hated pawn who, in the recent months, has clearly tried to spread hatred, violence and terrorist acts in the Islamic Republic of Iran and also against its diplomatic missions as well as diplomats of the Islamic Republic abroad.”

Kanaani also called the statements quoted from Macron that he supports the so-called revolution, led by these people, as regrettable and a cause for shame.

The spokesman of the ministry of foreign affairs strongly protested these statements.

Kanani added the meeting is a flagrant violation of France’s international responsibilities in fighting terrorism and violence, and is regarded as a promotion of these vicious phenomena.

The foreign ministry spokesman emphasized that such anti-Iran measures will undoubtedly be kept in the memory of the great Iranian nation, who are well aware of the selective approaches of some European leaders, going against human rights.

On Friday, Macron held a meeting with four anti-Tehran campaigners following the recent protests and deadly riots that hit many Iranian cities in the wake of the death in police custody of Mahsa Amini.