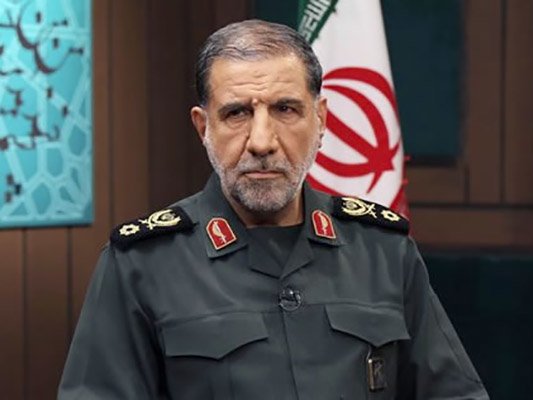 A top commander of the Islamic Revolution Guards Corps (IRGC) says Iranian security forces have managed to block many terrorist moves initiated from the outside to create insecurity in the country in the past few months.

Brigadier General Esmail Kowsari, the second-in-command of an IRGC brigade responsible for the security of Tehran Province, says for the time being, all cities across Iran including the capital Tehran enjoy high security.

In an interview with Mizan News Agency, General Kowsari said all security forces in Iran are closely monitoring any terrorist move initiated from the outside to thwart nasty plans to destabilise Iran.

He also added the material and spiritual power of the Islamic Republic of Iran has endangered the status of the enemies including the US, Britain, the Zionist regime as well as a number of reactionary regional states.

The IRGC commander underlined that Iran is among the safest countries in the world.

Elsewhere in his remarks, General Kowsari downplayed the terrorist attack by five members of ISIS in Tehran last year and said the ISIS terrorists have been seeking to infiltrate into Iran for tens of times over the past two to three years to commit crimes in Iran but each time they ended up in failure after Islamic Republic security forces thwarted their plots.

“Today with effective and excellent coordination, Iranian security forces are closely watching the enemies’ moves outside the borders blocking their operations to destabilise the country,” he said.

Back in June last year, gunmen stormed Iran’s Parliament and the Mausoleum of the late founder of the Islamic Republic, Imam Khomeini, in two coordinated attacks. At least 17 people lost their lives and nearly 50 others were wounded in the assaults, which involved shootings and blasts. ISIS claimed responsibility for the attacks.

The individuals involved in carrying out the attacks were five elements with a history of past terrorist activities and linked to Wahhabi and Takfiri groups.

According to Iranian Intelligence Ministry, the attackers left Iran after being recruited by the ISIS and had participated in the group’s atrocities in the Iraqi city of Mosul and the Syrian city of Raqqah.

General Kowsari’s remarks came shortly after Brigadier General Mohammad-Reza Yazdi, the commander of IRGC’s Muhammad Rasuolollah Brigade, announced two teams of terrorists have been recently arrested before implementing their plot to attack the next week’s ceremonies to marks the death anniversary of Imam Khomeini in southern Tehran.