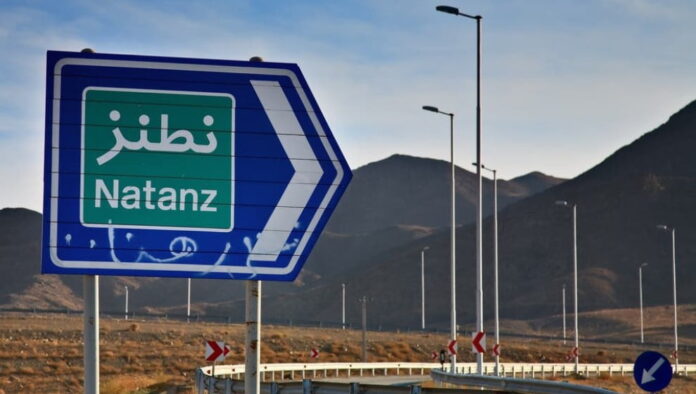 What follows is the full text of the letter, which was released on April 12, 2021:

I am writing to inform you that in the early morning hours of 11 April 2021, a dangerous, reckless sabotage at the electricity distribution network of the Natanz Fuel Enrichment Plant caused a blackout and the disruption of the operations of this sensitive nuclear facility which has been under IAEA safeguards and extensive monitoring. The timely and professional containment measures adopted by the highly dedicated management and staff of the NFEP and Iranian Atomic Energy Organization averted what could have become a human and environmental catastrophe.

The deliberate targeting of a highly sensitive safeguarded nuclear facility—with the high risk of potential release of radioactive material—constitutes reckless criminal nuclear terrorism. Considering the possible indiscriminate human and environmental consequences of this international crime, those who planned, ordered, participated and carried out this cowardly act committed a grave war crime; one that must not go unpunished. Any power with knowledge of, or acquiescence in, this act must also be held accountable as an accomplice to this war crime.

While several officials of Israeli regime have since autumn of 2020 publicly and openly threatened to carry out such operations to prevent the restoration of the JCPOA, and many Israeli and western media outlets tacitly confirmed (and even boasted about) the complicity of Israeli war criminals in this latest terrorist act, Iran is refraining from any final judgement as to the culprit while a thorough investigation over the sabotage and its perpetrators is underway.

It must however be borne in mind that since the beginning of the negotiations of the Joint Comprehensive Plan of Action (JCPOA) in 2013, the Israeli regime has missed no opportunity to torpedo the negotiations and, following the conclusion of the Plan and its unanimous endorsement by the Security Council in resolution 2231 (2015), it has made every effort—shamelessly in a public way—to prevent its successful implementation and its restoration after the recent U.S. election.

Recalling the long record of the Israeli regime in sabotage operations against our peaceful nuclear activities—including the cowardly assassination of several Iranian nuclear and other scientists in the past years (A/65/622–S/2010/634, A/66/656–S/2012/27 and S/2020/1148) as well as the joint U.S.-Israeli cyber operation against Iran’s nuclear facilities through the use of a malicious computer worm known as Stuxnet—the international community must strongly condemn this act of nuclear terrorism and hold the culprits and their accomplices accountable for the act; one that threatens to further destabilize our already tense region.

The Islamic Republic of Iran reserves its right under international law to take all necessary measures to protect and defend its citizens, interests and installations against any terrorist or disruptive acts. During the past 42 years, pressure, economic warfare and terrorism—in most of its forms and manifestations—have all failed to dent our resolve, shake or disrupt our progress in science and technology, or compel us to submit to the whims of the arrogant forces and their stooges.

This most recent cowardly act of nuclear terrorism will only strengthen our determination to march forward and to replace all the damaged centrifuges with even more advanced and sophisticated machines. Even the most insane criminals will finally—and soon—realize that they must never threaten Iranians.

If the United States wants to avert the drastic consequences of foolish gambles by its terrorist stooges, it must cease forthwith to consider unlawful measures—whether economic terrorism perpetrated by Trump (and continued by the current U.S. administration) or the recent nuclear terrorism—as negotiating leverage and remove all sanctions imposed, re-imposed or relabeled since the adoption of the JCPOA. Iran will, after timely verification of the aforementioned, respond by stopping all remedial measures—which will now take a significant upward leap following this latest terrorist sabotage.

I should be grateful if you would have the present letter circulated as a document of the General Assembly and of the Security Council.