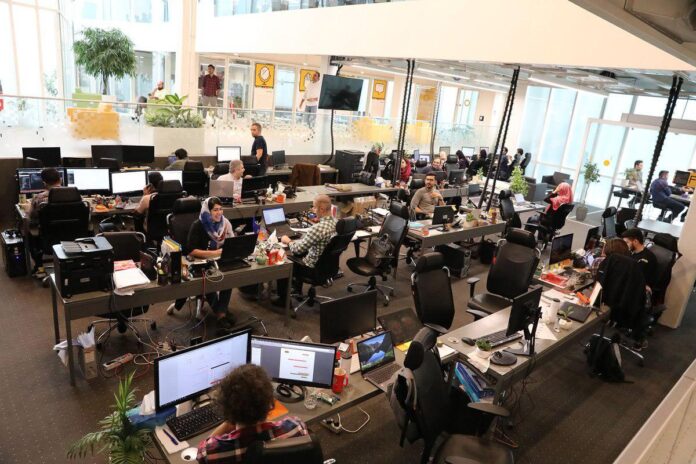 Iranian Foreign Minister Mohammad Javad Zarif has paid a visit to Azadi Innovation Factory, one of the largest centres for start-ups in the Middle East.

The Azadi Innovation Factory has been set up to facilitate the entrepreneurial teams’ access to the necessary infrastructure and facilities, to create synergy among the start-ups, and to encourage innovation and creativity in a dynamic atmosphere.

During a visit to the factory on Monday, Foreign Minister Zarif met the Iranian researchers and activists in the knowledge-based sectors, saying, “Under the 12th (Iranian) Administration, the Ministry of Foreign Affairs has set two super priorities: the regional issues, and the subject of resistance economy and economic diplomacy.”

On the links between those two priorities, the minister said, “The best destination for the Islamic Republic of Iran’s exports is the region.”

The Iranian knowledge-based companies and their scientific products are among the country’s relative advantages when it comes to exports, he noted.

“I was so glad today to see a lot of young people in here who are capable of achieving great success in the international markets, and I hope the administration could remove the obstacles that the cruel American sanctions have put in the way of these young people.”

“Nonetheless, what I realized after seeing these capable youths is that they will remove the obstacles by themselves, because the world would feel that lack of such capabilities would be a loss,” Zarif noted.