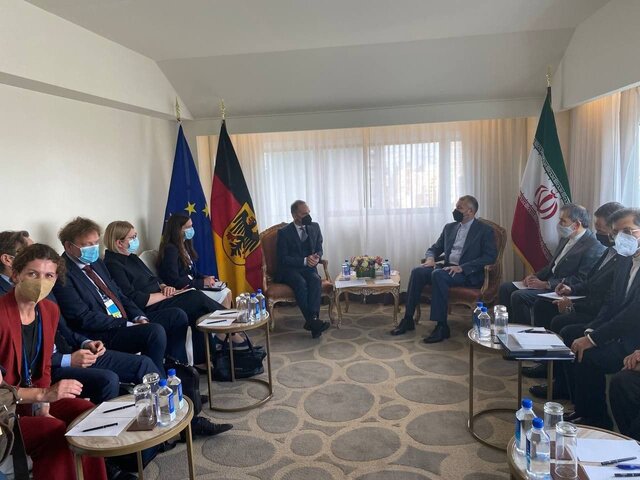 Iran’s Foreign Minister Hossein Amirabdollahian has said the Vienna talks are not meant to lead to a new agreement but are aimed at ensuring the US’s return to compliance with its commitments under the Iran nuclear deal and also under United Nations Resolution 2231.

He made the comment in a meeting with his German counterpart Haiko Maas on the sidelines of the 76th session of the UN General Assembly in New York.

He underlined the importance of the Vienna negotiations being result-based, adding the Iranian people rightfully expect to enjoy the economic benefits of the nuclear deal this time around as this expectation has not been realized yet because the other sides have failed to live up to their part of the JCPOA.

Amirabdollahian said the administration of US President Joe Biden’s policy is a continuation of his predecessor’s and the policy is to impose sanctions on the Islamic Republic.

He also called the European troika’s excuses about its failure to stick by its part of the JCPOA “unacceptable”. The German foreign minister also said his country is committed to the nuclear agreement and will do its utmost to revive and safeguard the deal.

Maas underlined the need for all sides to do their best to make sure the Vienna talks pay off.