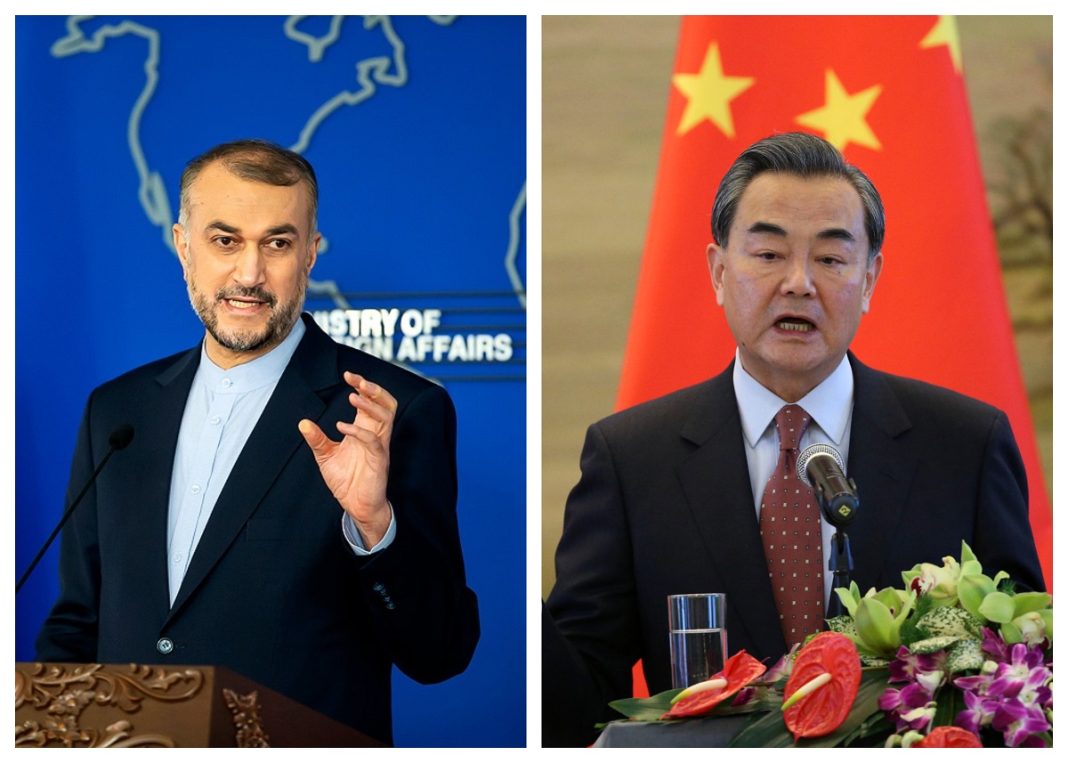 The Iranian Foreign Minister says Tehran seeks a lasting and strong nuclear deal, urging the US to stay away from ambiguous language in this regard so that a deal will be finalized in the shortest possible time.

Hossein Amirabdollahian, in a Thursday phone conversation with his Chinese counterpart Wang Yi, added Iran is still resolved to reach a good agreement.

Amirabdollahian and Wang Yi then held talks over the latest state of efforts to implement the strategic partnership agreement between Tehran and Beijing given the recent negotiations in which Iran’s deputy foreign minister for economic diplomacy participated in the Chinese capital, Beijing.

Wang Yi for his part reaffirmed China’s interest in expanding ties with the Islamic Republic more than ever before.

China’s foreign minister further said expansion of bilateral ties is in line with the interests of both countries and underscored the necessity of implementing the strategic partnership treaty between Tehran and Beijing regardless of how the international developments play out.

Wang Yi pointed to the common views of Iran and China about many regional and international issues and thanked Tehran for supporting his country’s participation in the Astana peace talks over the Syria crisis.

The Chinese foreign minister said Beijing is ready to play an active role in establishing peace and stability in Syria.