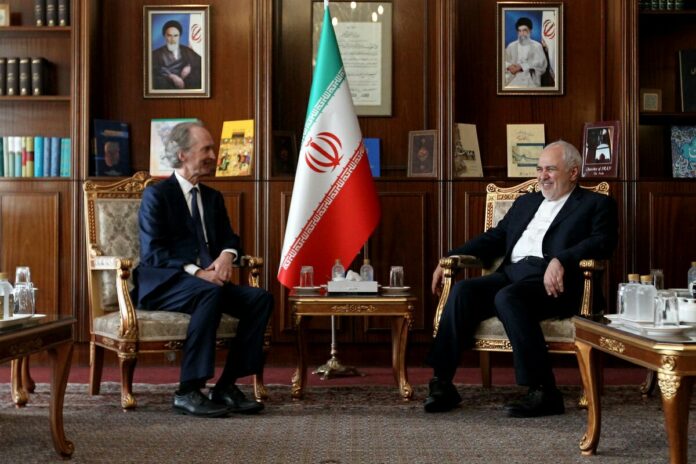 During the Tuesday meeting, the two sides discussed the latest developments in Syria and areas of cooperation in this regard.

Zarif and Pedersen reviewed the political developments in Syria and the efforts of the United Nations and Astana Process guarantor states, and exchanged views on the formation and launch of the Syrian Constitutional Committee.

Referring to Iran’s efforts in combating terrorism and extremism, FM Zarif talked about the political process, including the formation of a constitutional committee in cooperation with Astana Process guarantor states and the UN Secretary-General’s representatives.

The top Iranian diplomat also blamed the US administration for pushing to sabotage the inauguration of the Syrian Constitutional Committee.

Reiterating Iran’s resolve to resolve the Syria crisis politically, Zarif expressed the Islamic Republic’s support for any positive interaction between Damascus and the UN, saying that Tehran has always encouraged the two sides to be in touch.

For his part, Pedersen also outlined the latest efforts made by him in consultation with some countries.