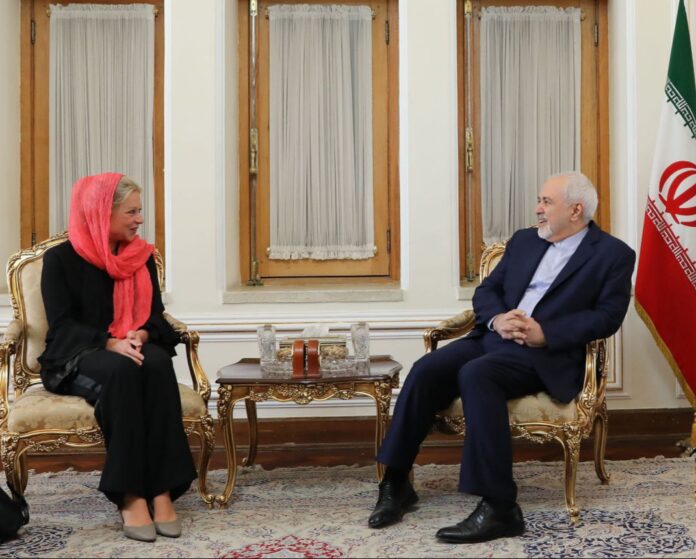 Iranian Foreign Minister Mohammad Javad Zarif has held talks with Jeanine Hennis-Plasschaert, the new Special Representative of the UN Secretary-General for Iraq and head of the UN Assistance Mission in Iraq (UNAMI).

During the Monday meeting held in Tehran, the two sides conferred on the latest field developments in Iraq, particularly the situation of terrorist groups including ISIS.

They also exchanged views on the provocative and hatemongering activities of certain regional states against Iran, and the recent hostile position of the US against the Islamic Revolution Guards Corps (IRGC).

The administration of US President Donald Trump designated the IRGC as a foreign terrorist organization last Monday through an official statement.

The decision, formally under the State Department’s purview, was made as part of the White House’s increasingly aggressive strategy towards Iran.

The US had already blacklisted dozens of entities and individuals affiliated with the IRGC, but not the entire force.

The chief commander of the IRGC warned last Sunday that the elite force will put reciprocal action against the US forces on its agenda if Washington labels it as a “terrorist organization.”