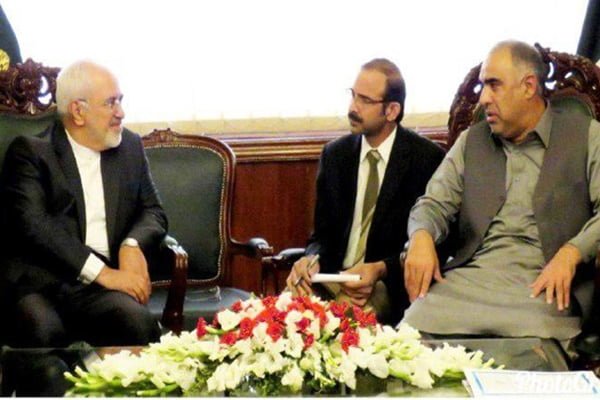 Iran’s Foreign Minister Mohammad Javad Zarif has held talks with Speaker of the National Assembly of Pakistan, Assad Qaiser, during his visit to the neighbouring country.

During the Thursday meeting in Islamabad, the two sides discussed the development of bilateral, regional and international cooperation between the two countries, especially in implementation of major economic projects and cooperation between Chabahar and Gwadar ports with the aim of helping the region develop.

They also stressed parliamentary cooperation, including the formation of Iran-Pakistan Parliamentary Friendship Group, cooperation within the framework of the Organisation of Islamic Cooperation (OIC), countering common challenges and fighting terrorism.

Zarif arrived in Islamabad earlier in the day in the first official visit of a foreign diplomat since the formation of the new government in Pakistan.

Upon his arrival, a high-level Pakistani team received the Iranian diplomat. Speaking to reporters in Islambad, Zarif expressed the hope that relations between the two neighbouring states would further develop during Prime Minister Imran Khan’s term in office.