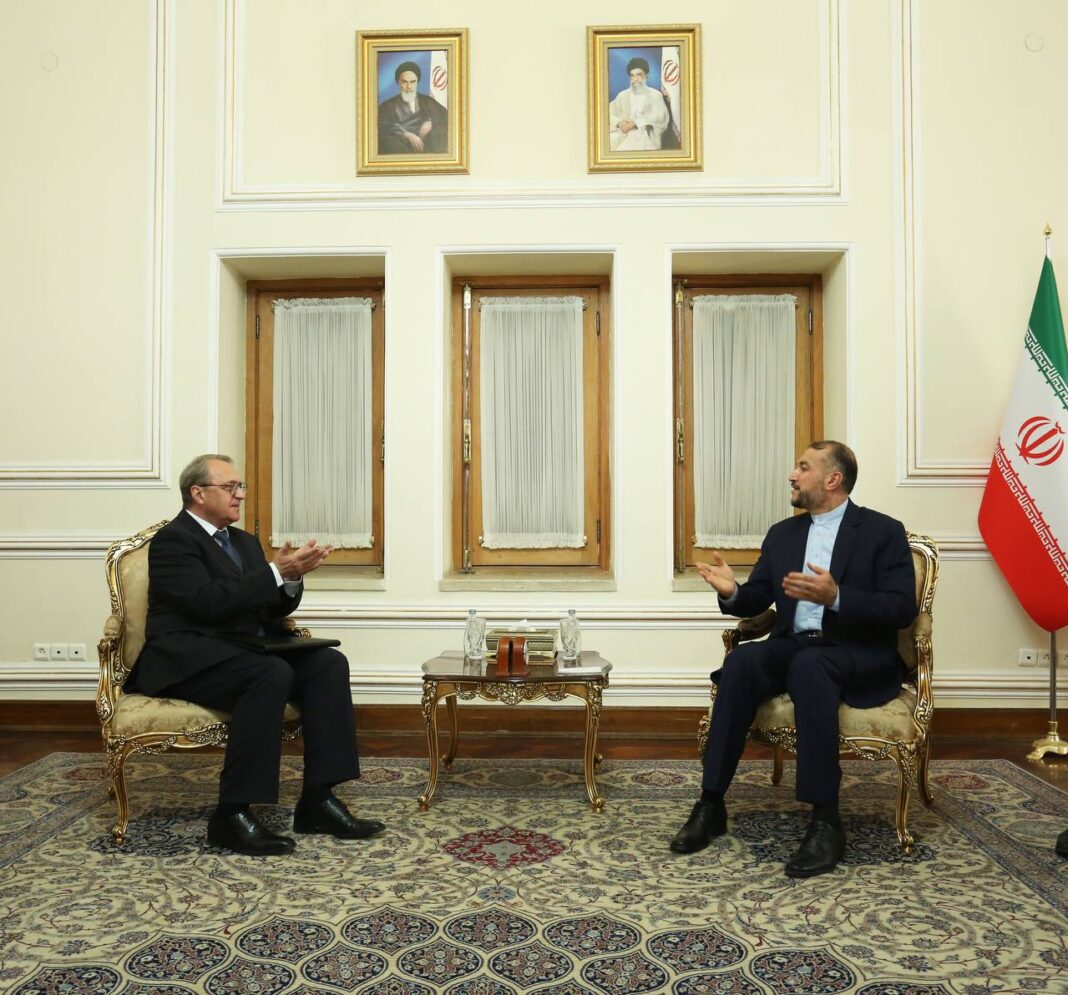 The Iranian foreign minister has thanked Russia for playing an active role in the Vienna talks aimed at removing anti-Tehran sanctions.

Hossein Amir Abdollahian, in a meeting with Mikhail Bagdanov Russian Deputy Foreign Minister and Special Representative of Russia’s President for the Middle East and Africa, said the Islamic Republic is attending the negotiations with a serious will to reach a good and effective agreement.

Amir Abdollahian described Tehran’s cooperation with the Russia Federation on regional issues as effective and fruitful.

He also declared Iran’s readiness to host the summit of the Astana peace process as well as the meeting of foreign ministers regarding Syria and underlined that Iran and Russia share the same view in this respect.

The top Iranian diplomat also welcomed the Russian side’s offer for cooperation between the two countries in the fight against Covid-19.

Amir Abdollahian referred to the recent ECO Summit in Ashgabat, Turkmenistan, and expressed satisfaction with the process of cooperation in the region.

He called the meetings of the Iranian president with the leaders of regional countries fruitful and positive.

Mikhail Bagdanov also said in the meeting that friendly ties between Iran and Russia are based on long-standing relations and have continued steadily and solidly.

He said Russian officials are satisfied with the level of relations between the two countries, adding, “We are interested in receiving the views of the officials of the Islamic Republic of Iran regarding regional developments.”

The Russian deputy foreign minister called the issues of the Caucasus important for both countries and the region.

The Russian official said the withdrawal of US forces from Afghanistan is a cause of suspicion and concern for regional countries.

He highlighted the importance of relations with Syria and condemned sanctions on the country.