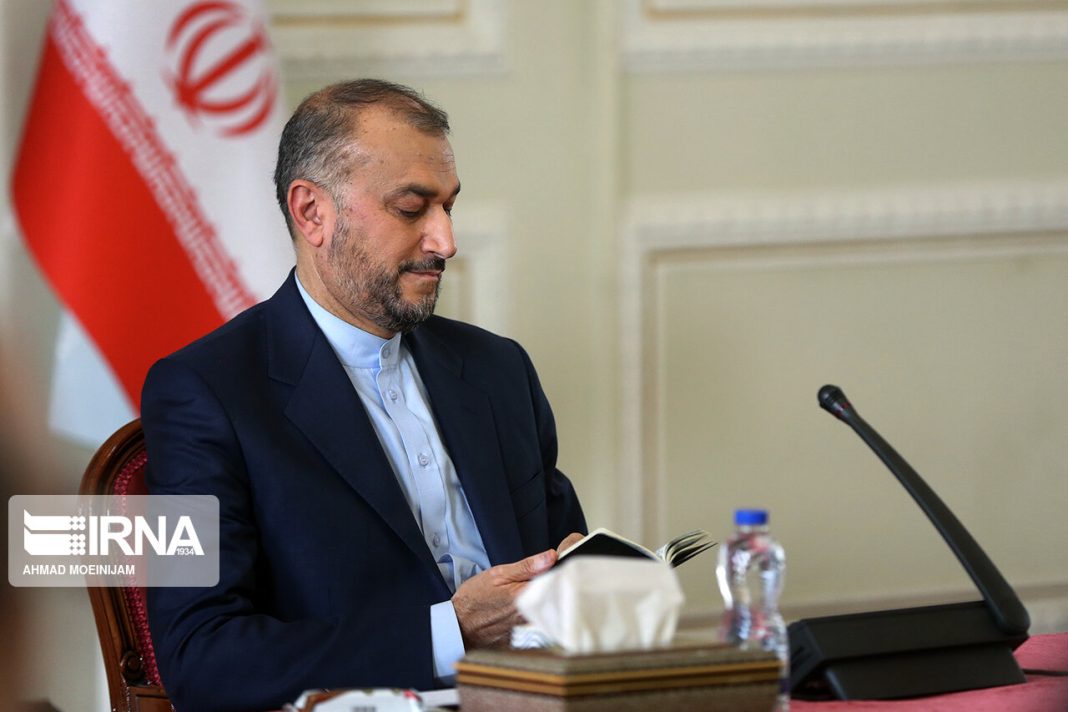 Iranian Foreign Minister Hossein Amirabdollahian says the EU is continuing its efforts for the success of the nuclear talks, and Tehran, too, is seriously seeking a good and sustainable result.

Amirabdollahian in his Tuesday phone talk with UAE Foreign Minister Sheikh Abdullah bin Zayed bin Sultan Al Nahyan assured him about the seriousness of both Tehran and the EU in the negotiations to remove the sanctions, and meanwhile exchanged views with him on expansion of bilateral ties, as well as issues of mutual interest in regional and international developments.

The top Iranian diplomat underscored that the high ranking officials of both countries favor elevating the bilateral ties and that is an important factor in expansion of comprehensive relations between the two neighboring countries.

Amirabdollahian, meanwhile, stated that the occupier regime of the Holy Quds is the main cause for the regional instability and insecurity, adding that it was the Zionist regime that made efforts to turn the recent Jeddah Conference into a regional crisis, but thanks to the participating regional countries issues related to regional cooperation and security were focused on and emphasized.

He added the UAE officials have no doubt that not only the warmth of the two countries’ relations can be restored, but also new horizons can be opened in our relations, especially keeping in mind the numerous challenges in the region, including the environmental difficulties.