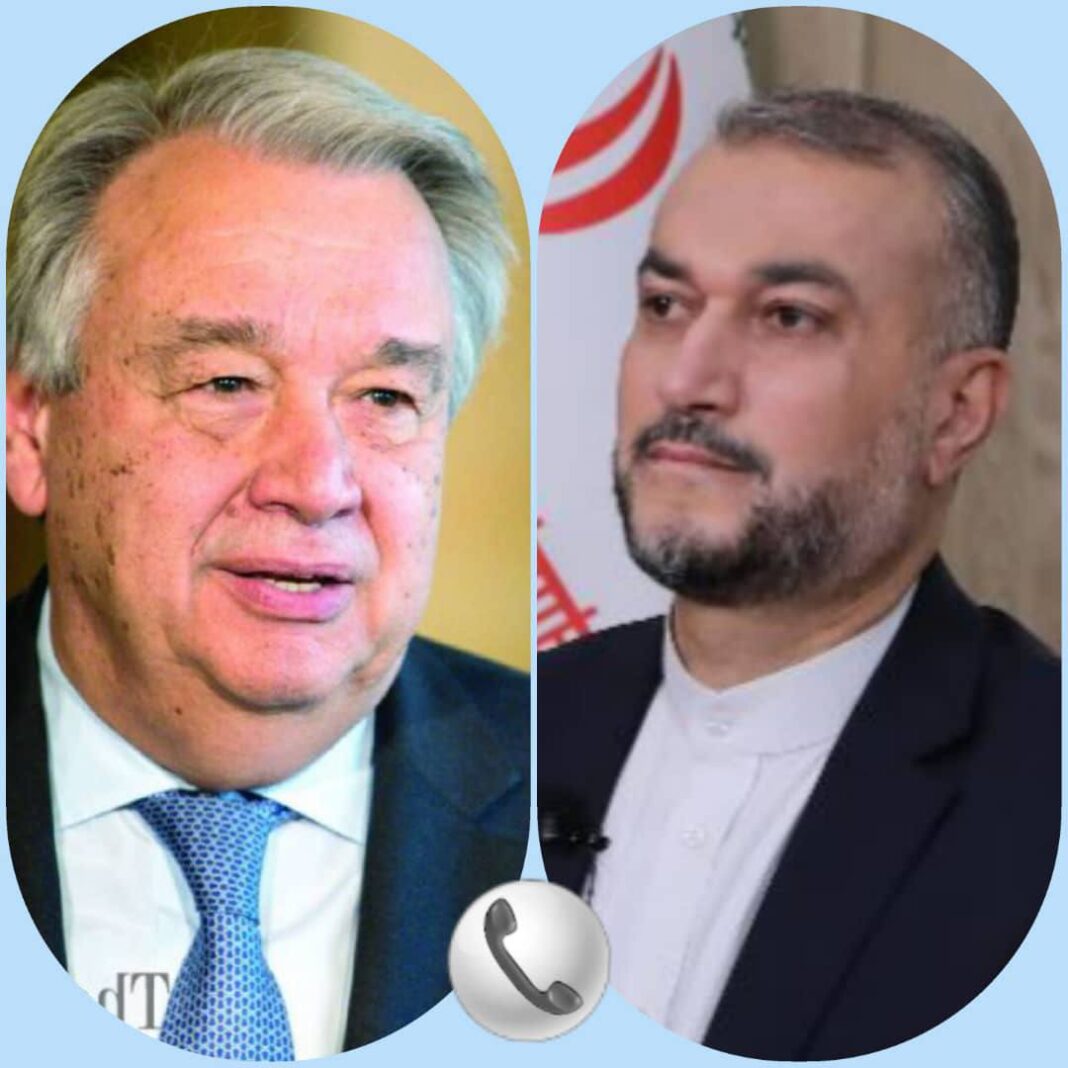 The Iranian foreign minister says if parties to the Iran nuclear deal live up to their obligations fully under the JCPOA, Tehran will also return to fulfilling its commitments.

In a phone conversation with Secretary General of the United Nations Antonio Guterres on Monday evening, Hossein Amir Abdollahian said the Islamic Republic of Iran supports negotiations that have tangible practical results.

Amir Abdollahian referred to the nuclear negotiations and stated that the recent talks between the Iranian deputy foreign minister and European Union Deputy Foreign Policy Chief Enrique Mora in Tehran were positive and that they will continue their negotiations next week in Brussels.

Amir Abdollahian also referred to Daesh terrorist acts in Afghanistan in recent days and called for serious action by the UN secretary general to stop and confront terrorism in Afghanistan.

He said terrorist activities and the targeting of worshipers, along with the new wave of Afghan refugees, have added to the responsibility of the United Nations and its secretary general in this regard.

Guterres, in his turn, expressed hope for the success of the nuclear talks, adding the United Nations has always supported the Joint Comprehensive Plan of Action.

The UN chief also called for the formation of an inclusive government that represents all Afghan ethnic groups and minorities.

He the UN will continue to send humanitarian aid to Afghanistan.