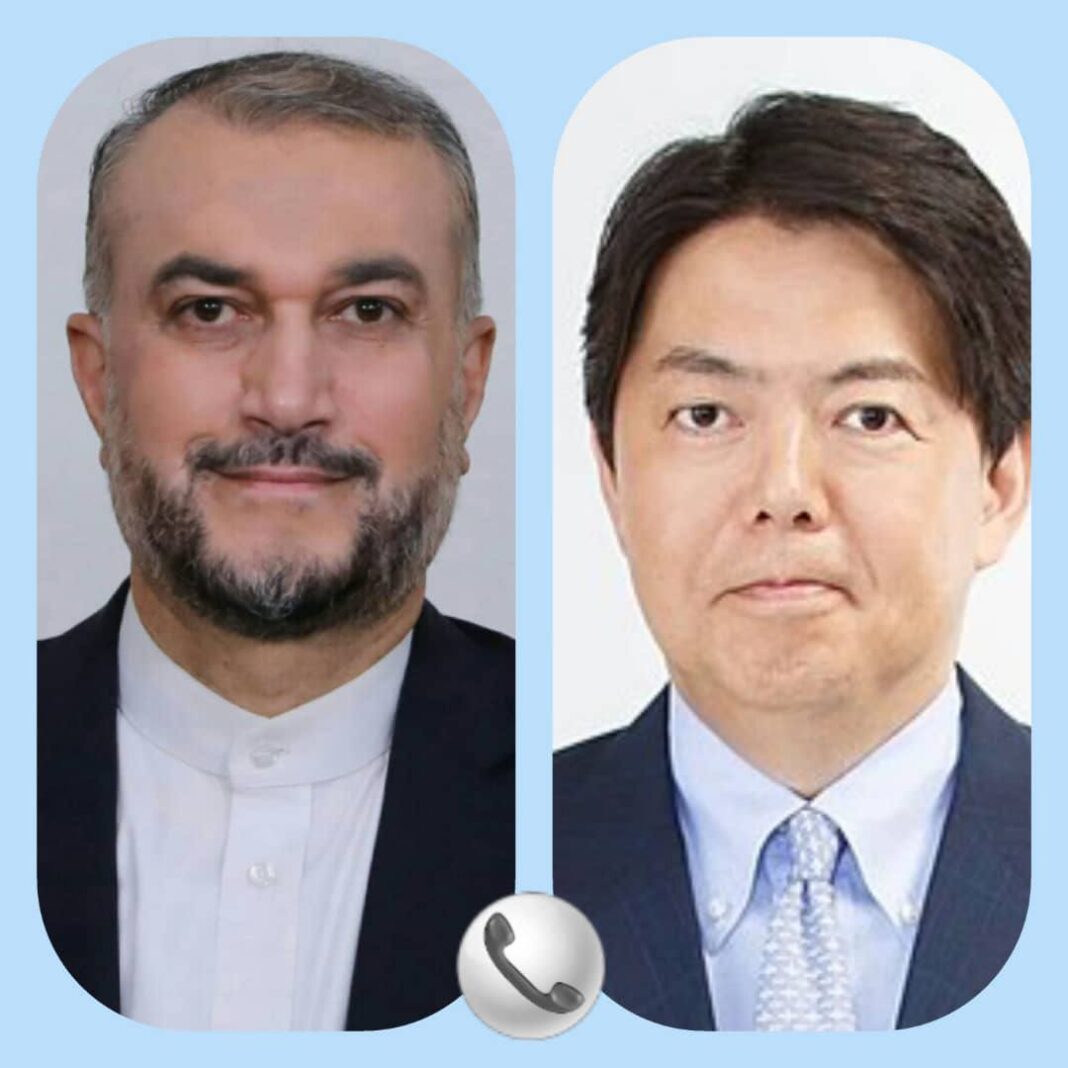 Amir Abdollahian made the remarks in a phone conversation with his Japanese counterpart Yoshimasa Hayashi on Thursday, with the top Japanese diplomat expressing support for the ongoing negotiations in Vienna to remove anti-Iran sanctions.

Iran and the P4+1 group, Russia, China, Britain, France and Germany, are engaged in intensive talks in Vienna trying to hammer out a deal to revive the 2015 Joint Comprehensive Plan of Action.

Hayashi stressed the need for serious action by all parties to live up to their commitments and seize the current opportunity to reach an agreement.

He also underlined favorable grounds for further development and expansion of economic relations between Iran and Japan, stressing that the two sides should remove obstacles on the way of cooperation.

He also invited the Iranian minister of foreign affairs to visit Tokyo.

Amir Abdollahian welcomed the development of cooperation with Japan in different fields.