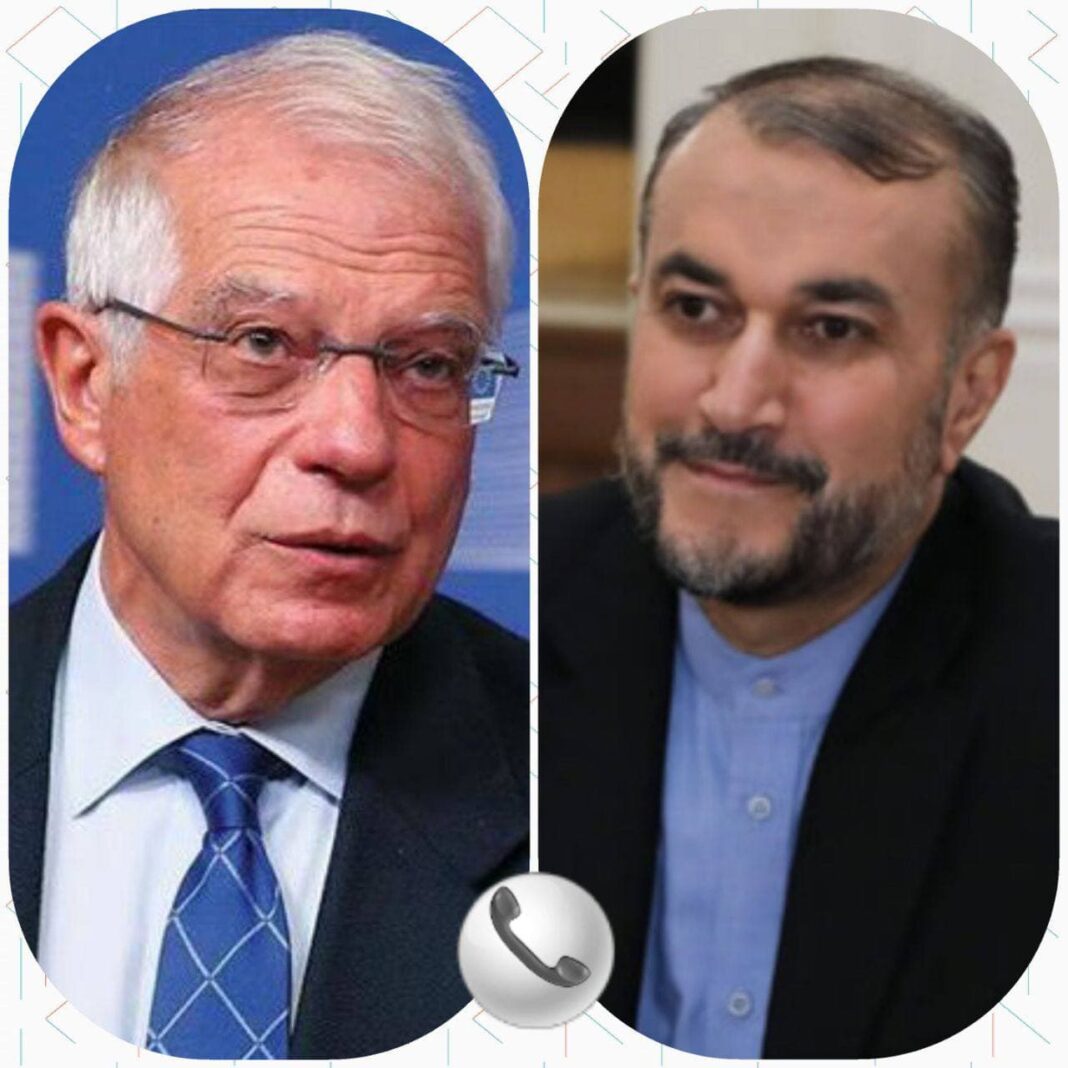 Iranian Foreign Minister Hossein Amir Abdollahian has criticized the West for failing to put forward constructive initiatives and proposals during negotiations with the Islamic Republic.

“We have not received any constructive and forward-moving suggestions from the other side, which contradicts their announcement in which they said they will take part in the talks seriously,” the top Iranian diplomat said during a phone call with EU Foreign Policy Chief Josep Borrell on Thursday.
He also blasted the West’s inaction as the Iran nuclear deal unraveled because of the re-imposition of unilateral American sanctions against Tehran.
“Over the past eight years, there were enough words but no deed; however, today is the time of taking action and we are trying to reach a serious and good deal,” he noted.
He also criticized the stances and statements by the three European countries of the P4+1 group saying they have adopted a negative political and media stance.
Amir Abdollahian reiterated that Iran’s proposed texts are completely in line with the 2015 nuclear deal and focus on unfinished discussions in June 2021 talks.
He called on the European negotiators to the Vienna talks to study Iran’s proposed texts carefully and without wrong presuppositions.
The Iranian Foreign Minister described the positions and viewpoints of China and Russia during the talks in the Austrian capital as realistic and constructive.
The EU foreign policy chief, for his part, expressed content with the resumption of the Vienna talks, noting that the United States and the three European countries have been reminded that the negotiations should be realistic.
Josep Borrell also called for some concerns over Iran’s nuclear program to be addressed.
Negotiators of Iran and the P4+1 group namely Russia, China, Britain, France and Germany have resumed talks in Vienna trying to find ways to remove anti-Iran sanctions and a possible U.S. return to the 2015 deal