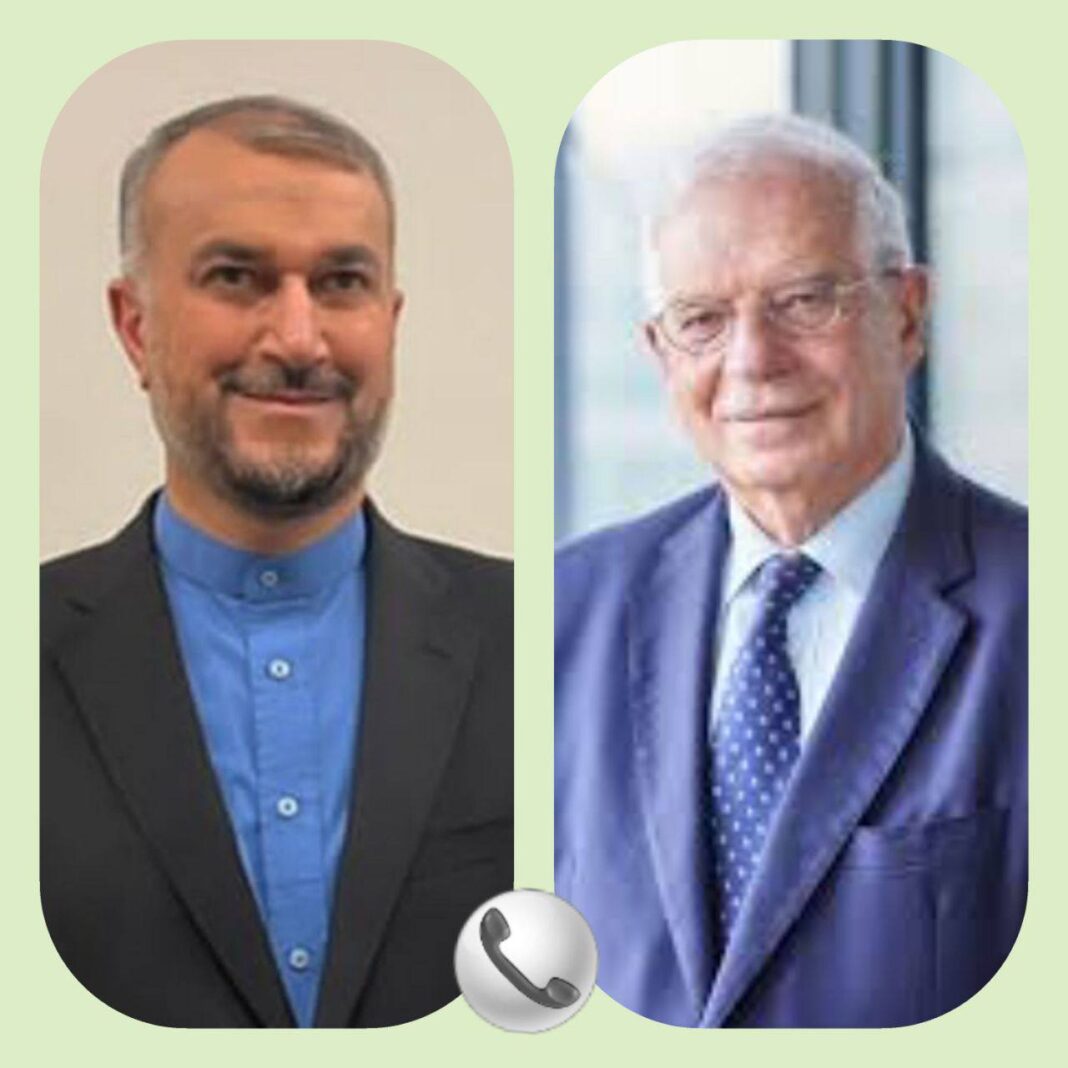 The Iranian foreign minister says if the remaining parties to the Iran nuclear deal return to their commitments under the JCPOA, it is possible to reach a good and even immediate agreement in the upcoming Vienna talks.

Hossein Amir Abdollahian made the remarks in a Friday phone talk with Josep Borrell, the European Union Foreign Policy Chief.

The two sides exchanged views over the upcoming Vienna talks slated for the November’s end.

The Iranian foreign minister said despite the violation of the nuclear deal by the US and the European troika, Iran will attend the Vienna talks in good faith and seeks a good and verifiable agreement.

He added that returning to the JCPOA must in practice mean adherence to all its provisions and content.

The Iranian foreign minister thanked Borrel for his efforts as the coordinator, saying it is clear that six rounds of talks in Vienna failed to produce the final results, so all issues that must be resolved have been taken into consideration by the Iranian negotiating team.

Amir Abdollahian stressed that there must be adequate and serious guarantees that the US, which is not trustworthy, will not quit the JCPOA again.

The Iranian foreign minister referred to the US’s contradictory behavior and their failure to translate their words into action. He said the White House has in two stages imposed sanctions on Iranian individuals and companies in recent weeks while at the same time declaring readiness to return to the JCPOA. Therefore, Amir Abdollahian said, everyone must see serious action and determination in practice to completely remove the sanctions.

The Iranian foreign minister said the West must come to Vienna with a new and constructive approach.

In the phone call, Josep Borrell also referred to his contacts with all sides as the coordinator of the JCPOA’s joint commission. Borrel said intensive and detailed negotiations must be held over pending issues and the sanctions removal and it’s likely that all sides can return to the original form of the JCPOA.

Borrel also spoke of the US obligations, saying sanctions can only be removed through reviving the nuclear deal. He added that this will enable Iran to achieve its rights and the international community to ensure the peaceful nature of Iran’s nuclear program.

Borrel expressed hope at the end that all parties will enter the Vienna talks with a positive and pragmatic approach and with a firm determination for negotiations over disputed issues and the removal of sanctions.