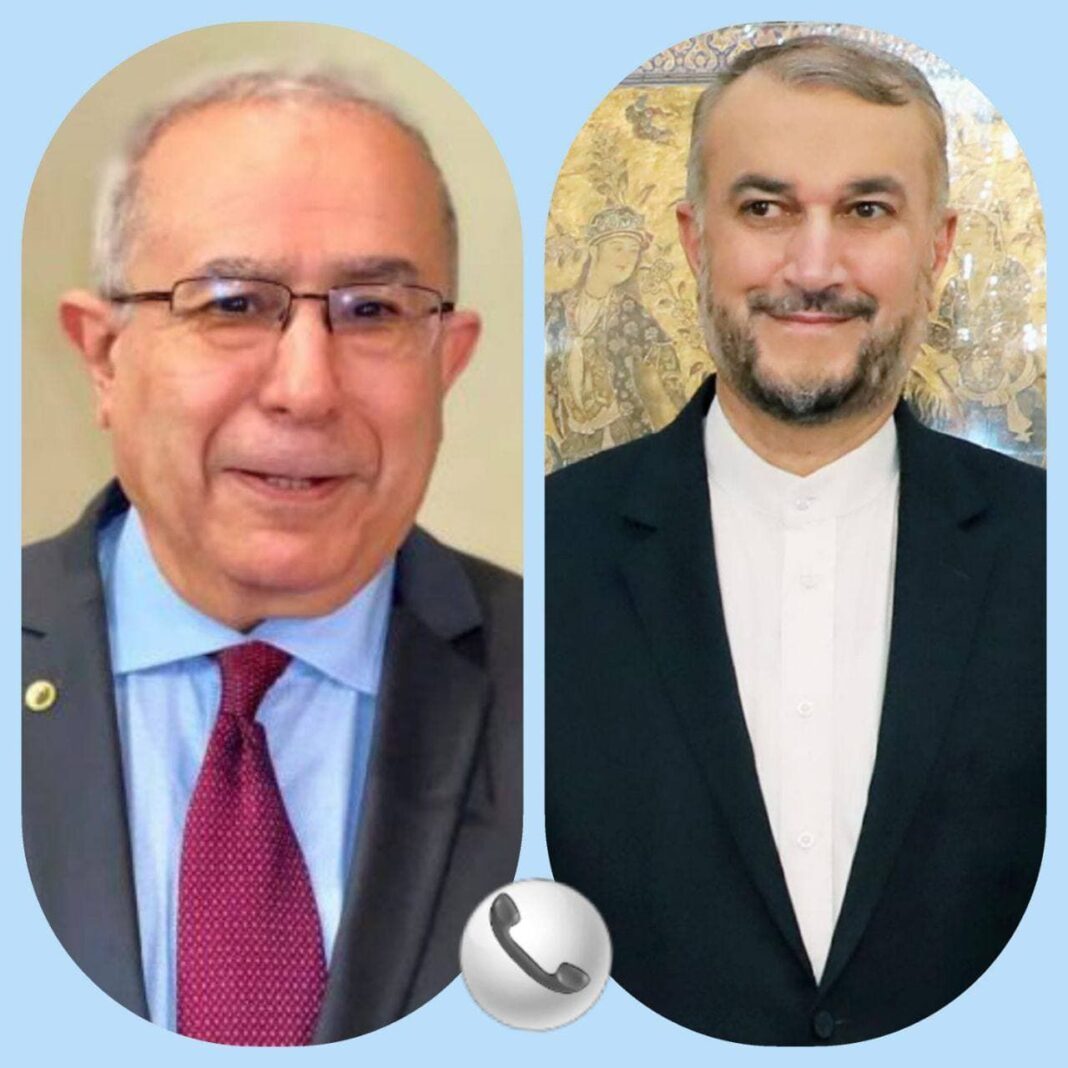 The Iranian foreign minister praised Algeria’s negative vote for the Israel's membership in the African Union as wise and logical.

Hossein Amir Abdollahian, in a phone talk with his Algerian counterpart, said Algeria’s rational stance on Syria’s return to the Arab League is valuable.

Amir Abdollahian and Ramtane Lamamra talked over the trend of bilateral ties and issues of mutual interest regionally and internationally.

Referring to the good political relations between Iran and Algeria, the Iranian foreign minister expressed hope that the bilateral ties would further develop in all fields.

Amir Abdollahian described the recent meeting of the Chamber of Commerce of the two countries as a fruitful step and said holding this meeting will create a good opportunity to improve the level of trade relations between the two countries.

He also spoke of Algeria’s negative vote for the Zionist regime’s membership in the African Union. The Iranian foreign minister praised Algeria’s move and said the country has acted wisely and logically. Amir Abdollahian also said the move and also Algeria’s rational stance on Syria’s return to the Arab League are valuable.

He expressed hope that the upcoming meeting of the Arab League will have important benefits for the Islamic ummah.

The Algerian foreign minister also wished Amir Abdollahian health and full recovery from Covid and expressed hope that the world will soon hear good news regarding the end of the pandemic and also about the successful end of the Iran nuclear talks.

Lamamra referred to the meeting of the Iran-Algeria Chamber of Commerce. He said holding the meeting is positive for developing trade relations and boosting exchanges between the two countries.

The Algerian Foreign Minister, while formally inviting Amir Abdollahian to visit his country, stressed the importance of forming a political committee and a relations monitoring committee.

The two top diplomats described the process of political and parliamentary relations between Tehran and Algiers as positive and constructive. They also pointed to the recent developments in Libya, emphasizing that the problems there can be solved with the presence of Libyan groups and without foreign interference.