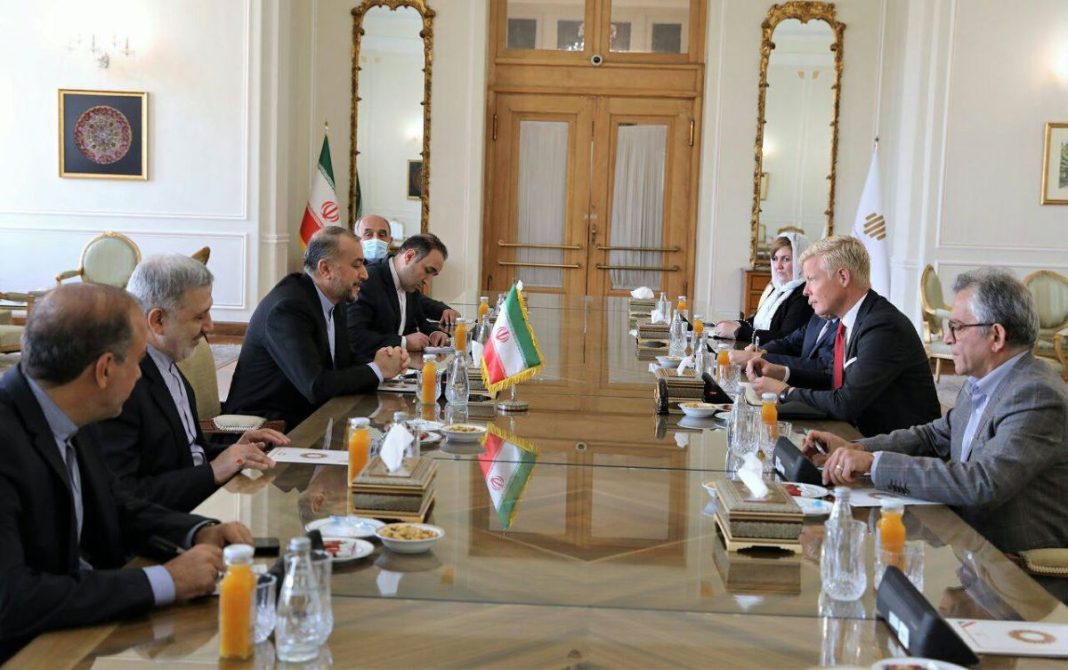 Iran’s foreign minister has called for the lifting of the Saudi-led siege on Yemen as a prerequisite for the stability in the Middle Eastern country and the whole region.

Hossein Amirabdollahian made the remarks in a Sunday meeting with Hans Grundberg, UN special envoy for Yemen’s affairs on Sunday in Tehran.

Amirabdollahian noted that only the Yemeni people can decide their future, saying the Islamic Republic of Iran wants peace, stability and security for the great nation of Yemen.

He said a lasting ceasefire in Yemen is contingent upon the complete removal of the humanitarian siege on the country.

Amirabdollahian also warned about the plight of more than 20 million Yemenis who are living under dire conditions in order to meet their basic needs such as medicine, food and sanitary water.

The top Iranian diplomat thanked the UN chief’s special envoy for Yemen for his efforts.

UN special envoy for Yemen’s affairs Hans Grundberg for his part said from the beginning of his mission, he was after a truce in Yemen.

Grundberg added, “I have always stressed that we should move toward establishing a lasting and permanent ceasefire with the participation of all sides.”

He also praised Iran’s effort aimed at putting an end to the Yemen war.