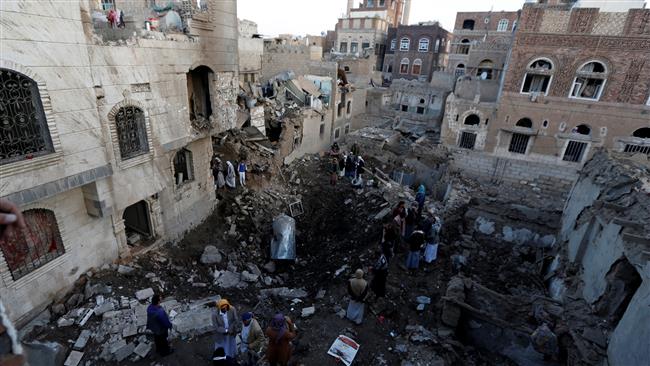 Iranian Foreign Minister Mohammad Javad Zarif has warned about the deteriorating and worrisome situation in Yemen, urging the international community to play a more effective and decisive role to end the “senseless” Saudi war on the impoverished country.

“It is the duty of the international community to get more responsibly and effectively engaged in ending the senseless war and establishing a ceasefire, ensuring delivery of humanitarian assistance and eventually restoring permanent peace in this country through dialogue and national reconciliation without preconditions,” Zarif said in a letter to Secretary General of the United Nations António Guterres on Monday.

He added that “over 30 months of aggression against an already impoverished Yemen has claimed thousands of lives of civilians, in particular women and children, and brought about the destruction of Yemen’s civilian infrastructure including hospitals, schools, roads, food factories and power plants, thus depriving civilians of their most basic necessities.”

The top Iranian diplomat emphasized that blocking of humanitarian access to an already famine-stricken Yemen and the decision to “close all Yemeni air, sea and land ports,” have further deteriorated the humanitarian nightmare in Yemen.

“The Islamic Republic of Iran has emphasized from the beginning of this crisis that the only way to restore peace and stability is to allow all Yemeni parties to establish, without any foreign interference, their own inclusive national unity government,” Zarif said.

In another part of his letter, Zarif said, “I believe that it is long overdue to consider and implement the four-point plan that I proposed — in my letter of 17 April 2015 addressed to your predecessor contained in document S/2015/263 — right after the Saudi-led coalition initiated war on Yemen. Today, the same plan, which includes the following, remains to be applicable and indeed imperative in order to end this nightmare:

1. Ceasefire and immediate end to all military operations;

3. Resumption of Yemeni-led and Yemeni-owned national dialogue, with the participation of the representatives of all political parties and social groups;

Since March 2015, the Saudi regime has been heavily bombarding Yemen as part of a brutal campaign against its impoverished southern neighbor in an attempt to reinstall Yemen’s former president, Abd Rabbuh Mansur Hadi, a staunch ally of Riyadh, and crush the Houthi movement, which is in control of large parts of Yemen, including the capital Sana’a. The Saudi campaign, however, has failed to achieve its goals.

Since the onset of the brutal war, Ansarullah, the national army and popular groups have joined forces to defend the country against the Saudi aggression. Over the past two years, the Houthis have also been running the state affairs.