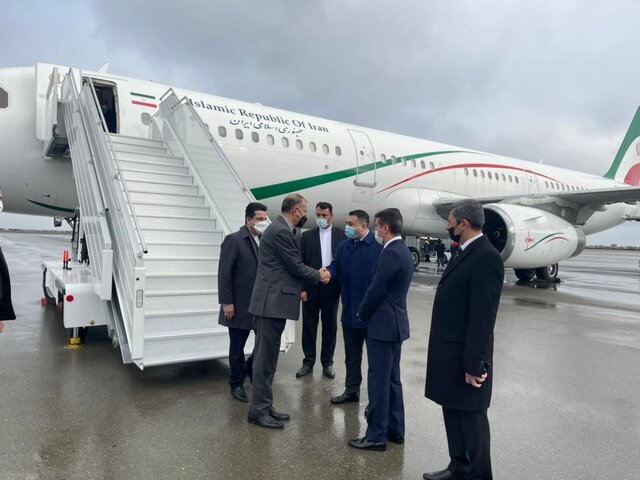 Iranian Foreign Minister Hossein Amir Abdollahian says he has a range of ideas for expanding ties with the Republic of Azerbaijan.

Amir Abdollahian made the comment upon arriving in Baku on Wednesday.

He said he will put forth those ideas during a meeting with Azerbaijani president Ilham Aliyev.

Amir Abdollahian added that he will also hold talks with other high-ranking Azeri officials during his visit to the country.

He added that he has numerous contacts with his Azeri counterpart Jeyhoun Bayramov and that the two top diplomats agreed on good frameworks to expand ties. Amir Abdollahian added that the two sides will finalize those frameworks during this visit and then there will be more visits by economic and cultural delegations of the two countries.