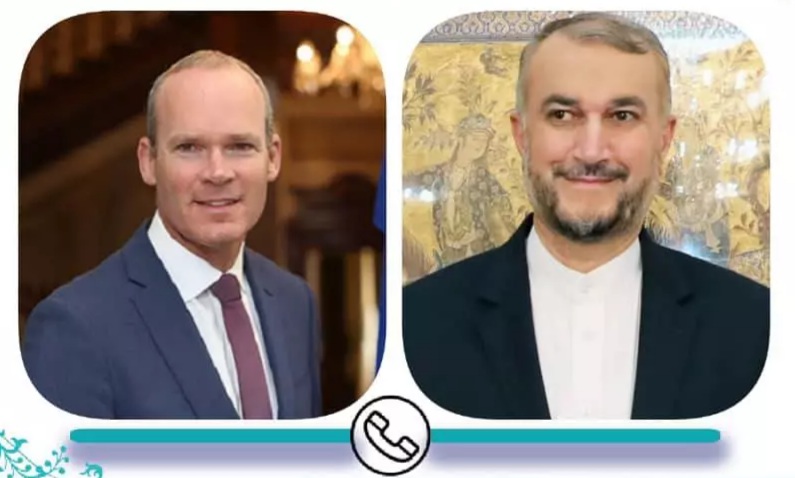 Amirabdollahian, in a Thursday phone conversation with his Irish counerpat, Simon Coveney, highlighted the Islamic Republic of Iran’s stance to resolve the crisis in Ukraine through political means.

Amirabdollahian and Coveney exchanged views on the latest developments in the bilateral relations, negotiations to lift anti-Iran sanctions and the recent events in Iran.

As for Iran’s internal developments, Amirabdollahian stated, a scientific, technical and detailed report of the forensic medicine regarding the cause of the death of late Mehsa Amini will be published soon.

The Iranian foreign minister pointed out, “Part of the recent events in Iran are peaceful demonstrations, which we support according to the country’s Constitution, and we consider peaceful presentation of people’s demands as their legal right, and we have always paid attention and responded to them.”

Amirabdollahian added, “But in the meantime, some rioters, through instructions from abroad and instigation of foreign television channels, destroyed public property and attacked the people and the police with firearms and cold weapons.”

Amirabdollahian emphasized, “Without a doubt, the Islamic Republic of Iran will continue to deal decisively with the provocations and actions of terrorist groups in the fight against terrorism.”

Meanwhile, Ireland’s Foreign Minister Simon Coveney welcomed the progress made in the negotiations to lift sanctions on Iran and said that reaching an agreement is in the interest of all parties.

He expressed hope that changing global conditions, including the Ukraine crisis or the internal developments in Washington, will not complicate reaching an agreement.