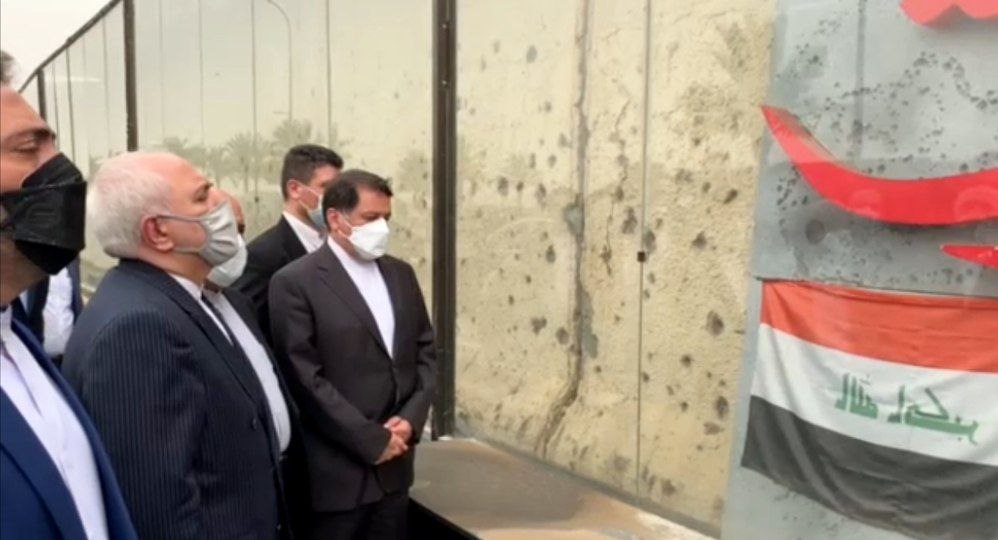 Iranian Foreign Minister Mohammad Javad Zarif, who is in the Iraqi capital for a two-day visit, paid tribute to former IRGC Quds Force Commander Lt. General Qassem Soleimani and his Iraqi comrade Abu Mahdi al-Muhandis at the place where they had been killed in a US drone strike in January last year.

No The Iranian foreign minister’s move came less than a day after his controversial remarks about General Soleimani’s role in Iran’s foreign policy were published as part of a “leaked” interview.

After paying homage to the two anti-terror commanders, Zarif held talks with his Iraqi counterpart.