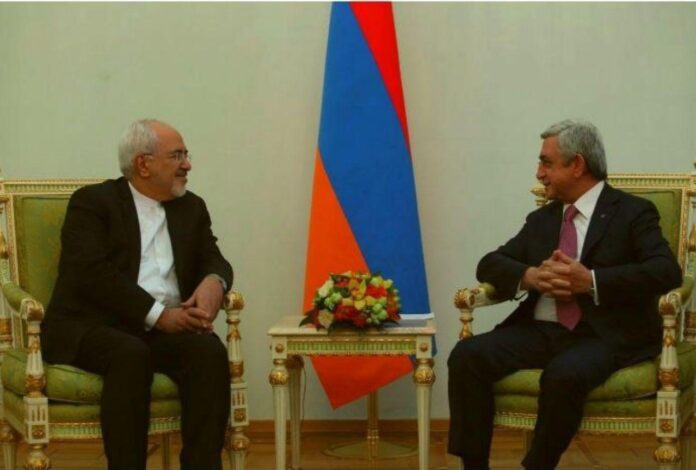 During the Tuesday meeting, the Armenian president once again extended his condolences to the families of the victims of the recent deadly earthquake in western Iran which left hundreds of people dead and thousands of others injured.

He also sent his warm regards to Iranian President Hassan Rouhani and said given the long-time relations between Iran and Armenia, it is upon the two sides to develop a prospect for their ties in future and expand their bilateral ties on a regular basis.

“Armenia has no limitation for expansion of its economic ties with Iran. We also attach special significance to the authority of the Islamic Republic of Iran.”

“Iran’s president attaches great significance to establishing ties with our neighbours and we have always viewed Armenia as a good neighbour,” he noted.

Zarif further noted that holding regular meetings of Iran-Armenia Joint Commission can lead to expansion of economic relations between the two sides.

During the meeting, the two sides also agreed on the need for fight against pollution of the Aras River. Latest regional developments were also top on the agenda.

After the meeting, the Iranian foreign minister left Yerevan for Tehran Tuesday night.