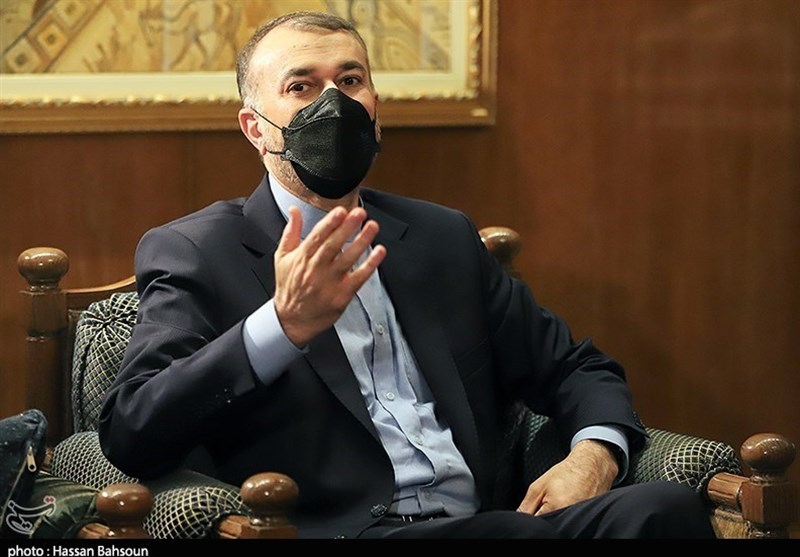 Iran’s Foreign Minister Hossein Amirabdollahian has said negotiations between the Islamic Republic and Saudi Arabia are on the right path and the two sides need more talks.

“We and Saudi Arabia have reached agreements in some areas and we welcome these talks,” Amirabdollahian told Lebanon’s Al Mayadeen TV channel on Friday.

The Iranian foreign minister said the talks between Iranian and Saudi negotiators are in the interest of the region.

“This is a constructive dialog. Iran and Saudi Arabia are two important countries and play an important role in stabilizing regional security,” he added.

Amirabdollahian stated that Iran believes that the equation of dialogue and welcoming the views of other countries can bring the region a bright future.

The Iranian top diplomat also said the main goal of the Iranian administration is a comprehensive multilateral economic plan adding that the results of Iran’s initiatives to establish peace and security in the region will be seen in the near future.

Iranian and Saudi officials have held several rounds of negotiations in the Iraqi capital Baghdad over the past months on mending relations which were cut in 2016.

Later in his remarks, Amirabdollahian touched on the negotiations between Iran and the remaining parties to the Iran nuclear deal.

The U.S. unilaterally withdrew from the JCPOA and re-imposed sanctions on Iran in 2018, but now says it wants to be part of the nuclear deal again.

Iran and other remaining parties to the Joint Comprehensive Plan of Action, namely Russia, China, Britain and Germany have held several rounds of talks in recent months on a possible U.S. return to the JCPOA.

Iran says it will soon resume negotiations in the Austrian capital Vienna.