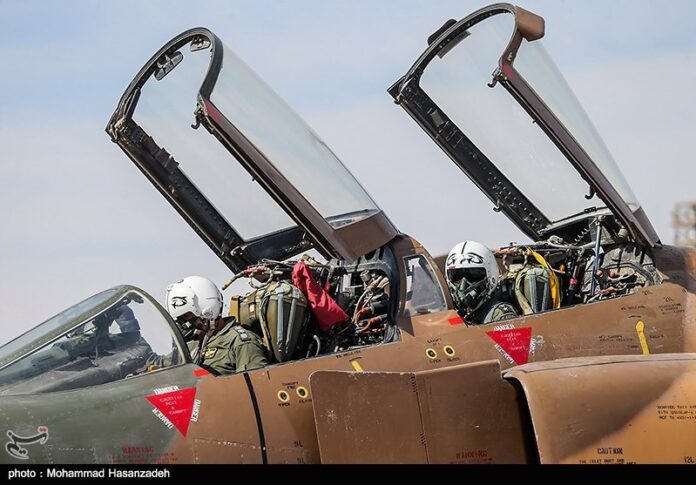 Fighter jets of the Islamic Republic of Iran Air Force (IRIAF) fired smart bombs in the main stage of a war game that kicked off in the central province of Isfahan on Tuesday.

According to the general, F-5 fighter jets and homegrown Saeqeh (Lightning) jets also dropped 500-pound bombs on various targets in the operation zone.

Codenamed Aerial Power of Fadaeeyan-e Harim-e Velayat 7 (Devotees of Velayat Airspace 7), the drills involve all air bases of the IRIAF, and will last for two days.