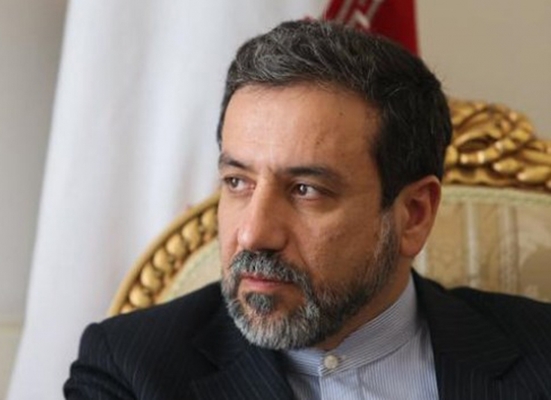 Iran’s deputy foreign minister says during the JCPOA Joint Commission's meeting held on Sunday in Vienna, the participants held constructive talks on the 2015 nuclear deal, while expressing their opposition to the US' unilateralism.

Abbas Araqchi made the remarks following the JCPOA Joint Commission meeting attended by delegations from the remaining parties to the 2015 Iran nuclear deal.

“Today, we had an extraordinary meeting during which Iran and the EU expressed their complaints about the way the deal is currently implemented. We had good discussions and every side had its own good reasons,” he was quoted as saying in a report by Fars news agency.

He went on to say that there have been some changes in the implementation of the JCPOA over the past month. “We discussed both a reduction in Iran’s commitments and the Europeans’ shortcomings under the deal.”

The main issue is that all sides reaffirmed their commitments to the JCPOA, Araqchi noted, adding that Iran has reiterated that as long as its demands are not met, it will continue to reduce its JCPOA commitments.

“In overall, the atmosphere of the meeting was constructive and friendly but we still have serious problems which should be resolved,” he said.

Asked about the possibility of holding a ministerial meeting of the JCPOA Joint Commission, Araqchi said the member states are determined to hold such a meeting.

“We need some preparations. During today’s meeting, we made some arrangements. More arrangements are to be made during the upcoming expert-level meetings to prepare the ground for the ministerial level meeting. Meanwhile, we decided to establish working groups in the economic area. The groups are to be focused on finding some practical solutions,” he said.

The JCPOA Joint Commission discussed the current state of affairs with a focus on nuclear and economic aspects of the Iran deal.

Representatives of Iran and the P4+1 (the UK, France, Russia and China plus Germany) held the meeting in Vienna to save the Iran nuclear deal within the framework of meetings of JCPOA joint commission.