Iran envoy: US troops should withdraw from Syria 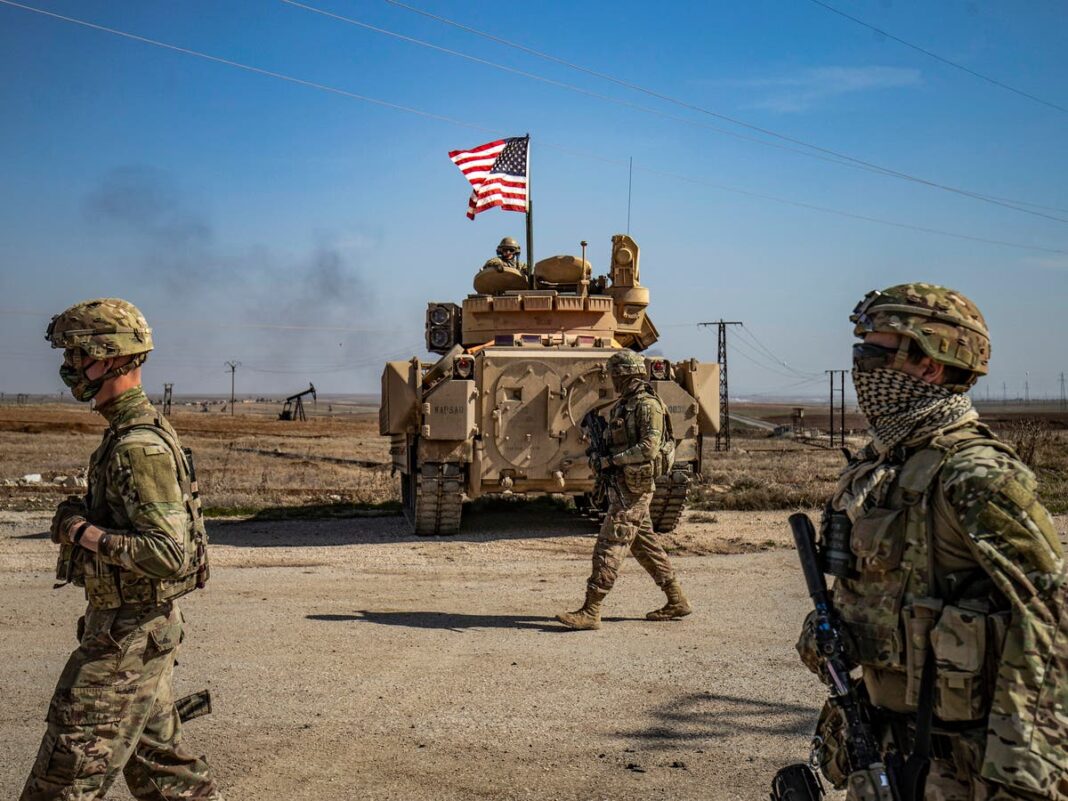 Iran’s ambassador to Syria has called for the withdrawal of the US military forces from the war-torn country. Syria has repeatedly condemned the US military presence in the country, describing such a deployment as an act of aggression since it does not have any authorization from the Damascus government or a UN mandate.

Mahdi Sobhani said in an interview that new horizons are opened in Iran-Syria relations and stressed the need for changing the current mindset on security condition in Syria.

He also emphasized that all the occupying and terrorist forces must leave Syria.

Sobhani stated that Iran-Syria economic and trade relations, as well as Iran’s cooperation in reconstructing Syria, are important issues in the current sensitive situation which both countries are challenging with economic war and sanctions.

Iranian ambassador to Syria further noted that several numbers of exhibitions are held in Syria which about 120 Iranian companies have attended.

Pointing to the occupying forces in Syria, Sobhani stated that Tehran strongly condemns occupying Syria by any country or force either in Golan, Northwest or Northeast Syria.

Sobhani underlined that although we cannot determine any specific time, sooner or later the US forces will inevitably have to leave Syria.

The United States is no longer able to determine the fate of the region, he stressed.

Sobhani for his part welcomed opening of new horizons in Syria’s foreign relations and expressed hope that they will enhance stability, progress, security and economic development in Syria.

He also underscored that Syria’s enemies should know that their policy towards Syria has failed and had nothing but damage for the regional nations.

A US-led military coalition has been bombarding what it claimed was positions of the Daesh terrorist group inside Syria since September 2014 without any authorization from the Damascus government or a UN mandate. The strikes have on many occasions resulted in civilian casualties and failed to fulfill their declared aim of countering terrorism.