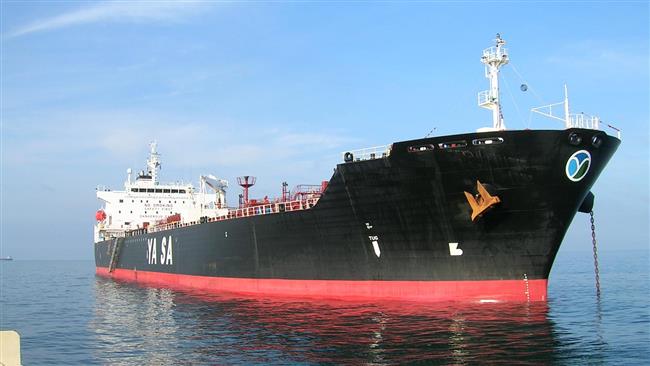 Iran’s first cargo of petrochemical products in recent years has left for Egypt, marking the resumption of trade ties between the two major Muslim countries, the Mehr news agency says.

Intensified sanctions imposed on Iran in 2012 put a stop on the last remaining channel of connectivity with Egypt in the absence of diplomatic ties.

In recent months, officials from both countries had hoped that the lifting of sanctions would revive trade ties and help improve diplomatic relations.

“Iran has no limitations to sale of crude oil and oil products to Egypt and any official request will be considered when it is made,” Managing Director of the National Iranian Oil Company (NIOC) Roknoddin Javadi has said.

On Monday, a report released by the customs office of the Pars Special Energy Economic Zone showed a petrochemicals cargo had been sent to Egypt in the new year, without specifying the type of the products or their volume.

“They used to work with us through SUMED. They used to store their crude there at Ain Sukhna terminal and Sidi Kerir. It will boost back again the activity of SUMED,” Reuters quoted him as saying.

State-run Egyptian General Petroleum Corp owns the 320-km SUMED which runs from the Red Sea to the port of Sidi Kerir west of Alexandria.

According to NIOC’s international affairs head Mohsen Qamsari, “With the annulment of sanctions, Iran’s oil ties with Egypt will definitely improve and more crude oil will be exported to Europe through the SUMED transit line or Suez.”