Iran Does What Arabs Should Do for Themselves: Lebanese Politician 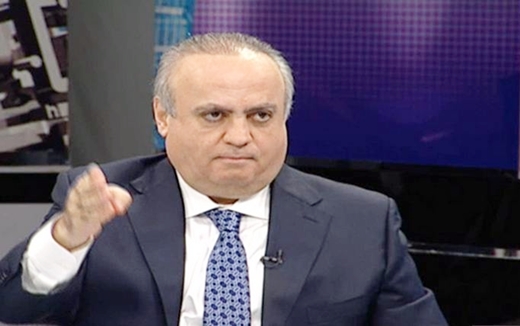 Wiam Wahhab, a prominent Lebanese politician and the leader of the Lebanese Unification Movement (Arab Tawhid Party) referred to Iran’s influence in the Middle East as what “protects” the image of Arabs, stressing that Tehran is doing what Arab states have failed to do for themselves.

In an interview with Al Mayadeen TV, Wahhab deplored Arab countries’ inaction on the issue of Palestine, and praised Tehran’s assistance to the Palestinian nation.

Wahhab also slammed Arabs’ failure to support Lebanon, saying that when Lebanon was under occupation for 20 years and Arabs had kept silent on the issue, Iran stepped forward and, by assisting the Lebanese Resistance, it did not allow Lebanon to bow to the Israeli occupation anymore.

Also in the Syrian crisis, he added, Arabs not only showed inaction in supporting Damascus, but they even conspired with each other to topple the government and take revenge from the nation.

It was Iran that supported the Syrian nation and government against domestic and foreign enemies, Wahhab went on to say.

When Arabs decided to take action on Syria, the Lebanese politician noted, “We all saw how they supplied terrorists in Syria with their arms and money.”

“Yes, this is the extension of Iran’s influence, but this influence is in line with safeguarding the image of the Arab world,” he said.

When Arabs commit lots of mistakes to the detriment of themselves, Iran plays the role Arabs should have been playing for themselves, Wahhab stressed.

He also pointed to Iran’s presence in Iraq, saying that when the United States travels thousands of miles and gets itself to Iraq to ensure its security, Iran with hundreds of kilometers of shared borders with Iraq is surely allowed to look for its own interests.

“Iran has the right to take actions for ensuring its security,” Wahhab noted.

The measures taken by the Islamic Republic of Iran deserve to be appreciated, he said.

“Yes, I say and repeat that Iran’s stances deserve to be praised. We really thank the Islamic Republic of Iran for holding such positions. At least we should say it about the Iranian Establishment that Iran backs us, but does not humiliate us like others do,” Wahhab noted.

“Iran supports us, but does not want us to bow to it for the support. The Islamic Republic backs us while it tells us, ‘Do something to liberate your homeland.’ It asks us to defend this land, and not to allow it to be occupied again,” he added.

“Iran has never sought to humiliate us; Iran’s policy is in contrast to the policies of certain despicable princes. There are princes to whom I say, on behalf of the entire Lebanese nation, ‘I consider your kings ignoble and your princes … worthless. You are ignoble even if you are kings,” Wahhab noted.

Elsewhere in the interview, the Lebanese politician showed reaction to a recent move by the (Persian) Gulf Cooperation Council (P)(GCC) to label the Lebanese Resistance Movement, Hezbollah, as a “terrorist group”.

“In my opinion, the Arab littoral states in the Persian Gulf believe that Hezbollah has already prevented many of these countries’ projects in the region from being realized, particularly those projects by these littoral states for Lebanon, including a plot by Saudi Arabia, which have yet to succeed,” he noted.

“Now Riyadh has come to the conclusion that, with Hezbollah, this country cannot achieve anything in Lebanon,” he went on to say.

“Arab littoral states in the Persian Gulf have now concluded that Hezbollah is standing against the realization of their plots, even in Yemen,” Wahhab said.

“They believe Hezbollah has practically foiled their plots by backing Resistance groups,” he added.

Also in Syria, Wahhab noted, they have come to the conclusion that Hezbollah is part of their failure to realize their pre-planned plots for overthrowing the government of Syria. So they are pinning the blame for their defeat in Syria on Hezbollah.

They now know that the victories gained by the Syrian army and government inside the Arab country are partly achieved thanks to Hezbollah and its fighters in Syria, he added.

Therefore, he added, these Arab countries believe the Lebanese Hezbollah is one of the major factors behind the failure of their plots in four regional states of Syria, Iraq, Yemen, and even Lebanon.

Saudi Arabia’s plots for all of the four countries mentioned above have completely failed, he said, adding that such moves against Hezbollah by the PGCC are totally natural given the defeats they suffered in realizing their interests.